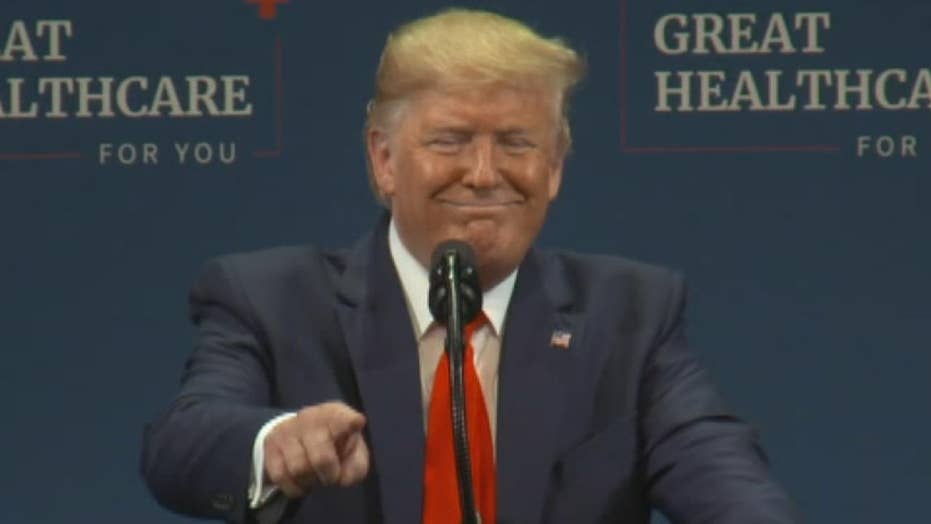 Trump jokes with supporters: If you want to drive them crazy say 8 more years

President Trump, in what looked like a shot at comedian Bill Maher during a speech on Thursday, appeared to suggest that the HBO host was "sick" for thinking Trump would refuse to leave office.

"One of these crazy maniacs on his show was interviewing somebody -- radical left -- and he goes, 'You know he's going to win, don't you?' Big show. ...  'He's going to win and you know he's never getting out,'" Trump said. While he did not mention Maher by name, the two have feuded over similar comments previously -- with the president attacking Maher at his rallies.

Trump said he thought the unnamed comedian was serious about the prediction. "He meant it," Trump added, apparently surprised. "These people are sick."

The president was speaking about Medicare while at an event in Florida when people chanted for him to stay in office "four more years." "If you want to drive them crazy, just say eight more years," Trump told the crowd.

TRUMP APPEARS TO JAB AT COMEDIAN BILL MAHER DURING RALLY 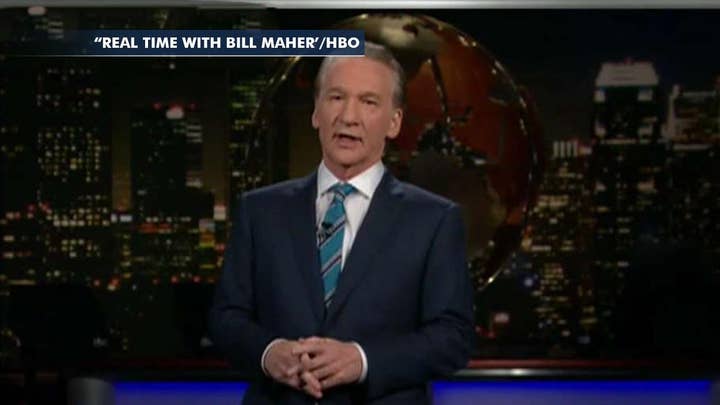 Maher, a vocal critic of the president, previously told CNN in June that Trump wouldn't leave office if he lost his bid for a second term in 2020. "I absolutely think he will not leave," Maher has said. The HBO star has made similar comments on his show.

Trump mentioned Maher's prediction during another rally in August. "These people have gone stone cold crazy," he said.

The comedian has repeatedly made headlines for criticizing the president. Earlier in August, Maher spoke of hoping for a recession that would doom Trump's reelection prospects. When one of his guests mentioned that recessions are "really bad" and would result in job losses, Maher said it's "worth it."

Trump tweeted during the summer that he "accidentally" watched Maher's show, calling him a "wacko comedian." That prompted a series of responses from Maher, who thanked the president for giving him publicity.

"I better keep working!" Maher sarcastically responded to Trump warning Democrats would make the comedian pay more in taxes." Speaking of which, if you tweet about me again, would you be a lamb and mention I'm @TheMirageLV on Sept. 6 and 7? You're the best!"