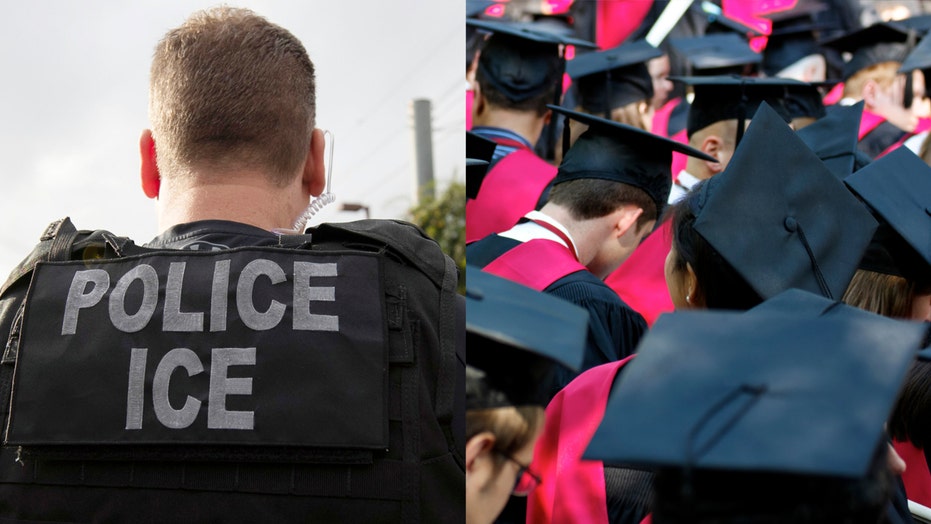 Harvard University and Massachusetts Institute of Technology (MIT), along with the state of California, have filed a lawsuit over the temporary rule change and immigration advocates and higher education insiders are confident emergency court relief is coming.

Zhou Yo has one more year left of his master's program at Princeton University's architecture school.

Hailing from Shanghai, he's been in the U.S. ever since he started his undergraduate work at the University of Illinois almost six years ago, having to renew his student visa each and every year.

Then the coronavirus pandemic struck, and a new rule from the Department of Homeland Security issued this week is warning foreign students they could be deported if their respective institutions are only offering online classes come Fall semester. Experts say the rule is a way to put pressure on colleges and universities to reopen even as coronavirus cases are surging across the U.S.

"If we have to leave, I think compared with students from other countries, like we Chinese international students would face more stressful situations, I couldn’t even say what I’m going to do, I just don’t know," said Zhou.

The DHS rule states that those students "attending schools operating entirely online may not take a full online course load and remain in the United States. The U.S. Department of State will not issue visas to students enrolled in schools and/or programs that are fully online for the fall semester nor will U.S. Customs and Border Protection permit these students to enter the United States."

Harvard University and Massachusetts Institute of Technology (MIT), along with the state of California, have filed a lawsuit over the temporary rule change and immigration advocates and higher education insiders are confident emergency court relief is coming soon.

"I feel the rule is just mean-spirited, for the last semester they allowed these students to continue to remain in the United States and do the same thing American students were doing as far as online classes. So there's really no rationale for changing it," explained Allen Orr, the president of the American Immigration Lawyers Association, a group representing over 16,000 international students.

Orr said a court will likely issue a temporary restraining order for the new rule as early as next week.

The Trump administration defended the action on Wednesday.

But now some schools are trying to sidestep the issue. The University of Southern California (USC) announced they would be offering international students the option of enrolling in an in-person class free of cost to thwart the prospect of deportation

Orr said this cosmetic fix only goes so far and shows the illogical nature of the rule itself.

“Why should there be this superficial dance around the rule? If the concern is so great, then why should we just have one class and they can stay? It shows the rule really has no basis," Orr said.

From an economic bottom-line perspective, the costs could be huge. There are over 1 million international students in the U.S.

‘International students are responsible for something north of $40 billion into the American economy, not in rational self-interest to deprive us of income from these students, they pay rent, they buy pizza, go out to dinner, all the things that young people do," said Frederick Lawrence, a former president of Brandeis University and current head of the Phi Beta Kappa Society.

Zhou says if he were to have to leave, expensive and infrequent flights to and from China could be a major obstacle. He acknowledged he would have no other choice but to stay here illegally if the rule were upheld by the courts.

"Especially for Asian students, say we do go back [to our home countries] and take online classes, you still have like a 12-13 hour time difference, which means you might have your classes after midnight," said Zhou.

In one instance of the rule taking effect, a Harvard student was recently denied entry to the U.S. just this week.

"The difference is timezones, wifi stream, class participation, all those things are easy if you’re close together, everyone has the same access to tech. In places around the world, those things may not be available and that’s the reason why the students are in the U.S. in the first place, said Orr.