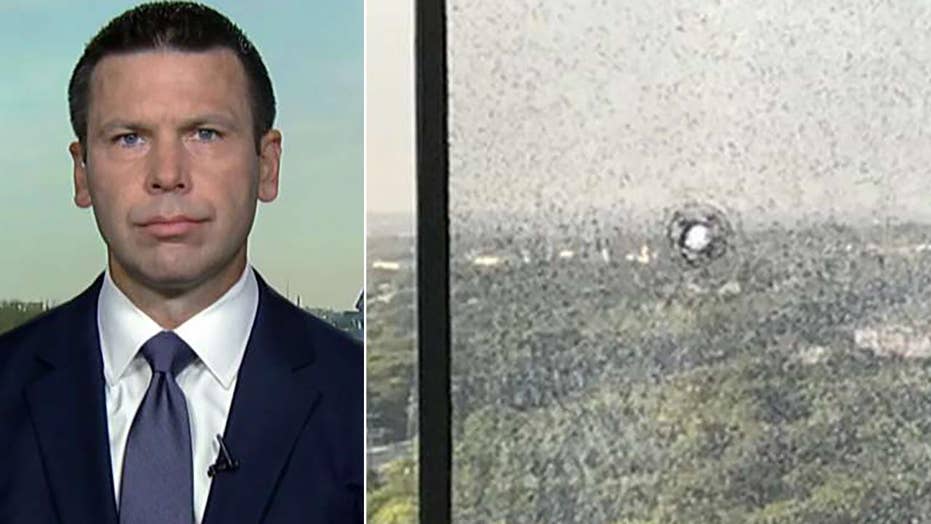 Acting Homeland Security Secretary Kevin McAleenan speaks out on 'Fox &amp; Friends' on the latest attack on a Texas ICE facility and offers an update on border security efforts.

Acting DHS Secretary Kevin McAleenan said Wednesday on "Fox & Friends" that the latest attack on an ICE facility in Texas could be the result of politicians and pundits "demonizing" federal agents for enforcing existing laws.

After shots were fired into an Immigration and Customs Enforcement (ICE) office and another facility associated with the agency in San Antonio, Texas, early Tuesday, ICE said in a statement that, "Political rhetoric and misinformation that various politicians, media outlets and activist groups recklessly disseminate to the American people regarding the ICE mission only serve to further encourage these violent acts."

McAleenan agreed, calling on those who oppose the Trump administration's policies to tone down their rhetoric before someone gets hurt, noting that this is the fourth such incident targeting an ICE facility.

"I think the environment where we're demonizing law enforcement for doing their jobs, for enforcing the laws on the books, is concerning, it can be dangerous and it can result in people taking actions that are not supported by the facts," he said.

The FBI is investigating the "targeted attack" in which shots were fired at around 3 a.m. at an ICE building where two floors house administrative and executive offices, according to the San Antonio Express-News. The outlet reported another shooting occurred at a separate facility where an ICE contractor is located.

The Texas attack follows two separate incidents last month, when a man attacked an ICE building in Washington state and protesters raised a Mexican flag at a Colorado ICE facility.

Many on the left renewed their harsh criticism of ICE after 680 “removable aliens” were arrested last week at several Mississippi food processing plants where they were working. It was deemed the largest single-state immigration enforcement operation in U.S. history.

Sen. Kamala Harris, D-Calif., said the raids were part of a "campaign of terror" by the Trump administration, while the Congressional Hispanic Caucus wrote in a letter to McAleenan that the purpose of the raids was "to instill fear in Latino and immigrant communities at a time when Latinos are already living in terror."

McAleenan said progress is being made when it comes to working with Mexico and Central American nations to stem the flow of migrants at the border, but the laws "in the interior" must also be enforced, including going after businesses who employ undocumented workers.