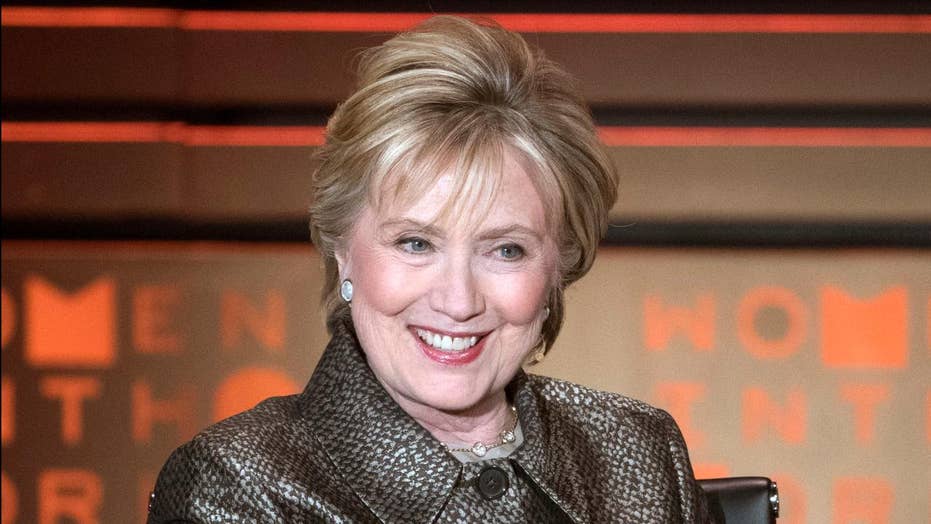 Former presidential candidate Hillary Clinton said she admired how fellow first lady Eleanor Roosevelt stuck by President Franklin D. Roosevelt after he had an extramarital affair, and drew vague comparisons to her relationship with Bill Clinton, during an interview with CBS News.

Clinton was interviewed alongside her daughter Chelsea on "CBS Sunday Morning" this week, to promote "The Book of Gutsy Women."

"I think she was one of the greatest Americans in our history," Hillary Clinton said of Eleanor. She highlighted Eleanor's reaction to the affair in the book and discussed the personal parallels she saw between the two of them.

"Part of the reason that I admire Eleanor Roosevelt is the way she handled that, happening to her. And I say, look, when something happens in your marriage, as I know well, it can be gutsy to leave, it can be gutsy to stay," she said. "I felt like I had learned so much from her that I wanted to share that with the reader."

The documented affair between FDR and Lucy Mercer, whom Eleanor Roosevelt had hired as a social secretary, supposedly lasted at least a couple of years beginning in 1916. Historians said Eleanor learned about the infidelity in 1918 but agreed to stay with him on two conditions: he had to end the affair and could no longer sleep with his wife.

Clinton also discussed her personal feelings about her upset loss to President Trump in 2016 and used the venue to bash her former opponent, while throwing her support behind House Democrats' formal impeachment inquiry.

"Personally, I’m doing well," she said. "But, I can’t deny that a big part of me cares deeply about what’s happening in the country and what I fear is the damage that's being done to our future -- the damage being done to our values, our institutions, and try to think of ways that I can help those who are on the front lines of the fight.

"I believe [Trump] knows he’s an illegitimate president," Clinton continued. "There were a bunch of different reasons why the election turned out the way it did, and I take responsibility for those parts of it that I should -- but it was like applying for a job and getting 66 million letters of recommendation and losing to a corrupt human tornado."