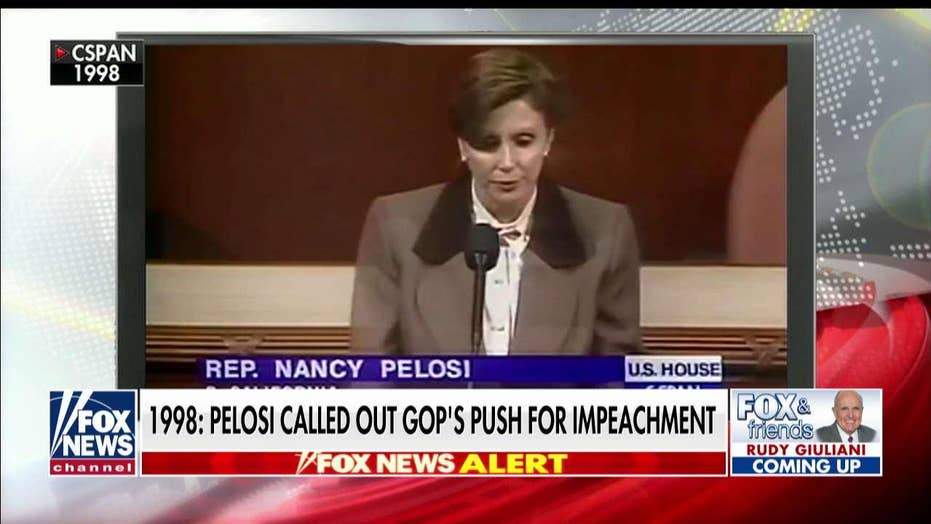 Nancy Pelosi on Bill Clinton's impeachment in 1998: 'Republicans are paralyzed with hatred'

House Speaker Nancy Pelosi was singing a very different tune on impeachment when it was President Bill Clinton who was being accused by a Republican-led House of Representatives.

“Today the Republican majority is not judging the president with fairness, but impeaching him with a vengeance," then-House Minority Leader Pelosi declared on the House floor in December 1998.

She continued, "In the investigation of the president, fundamental principles which Americans hold dear -- fairness, privacy, checks and balances -- have been seriously violated and why? Because we are here today because the Republicans in the House are paralyzed with hatred of President Clinton. ... Until the Republicans free themselves of that hatred, our country will suffer.”

Clinton was impeached on Dec. 19, 1998, by the House on charges of lying under oath and obstruction of justice stemming from a lawsuit filed by Paula Jones alleging sexual harassment. On Feb. 12, 1999, the Senate acquitted Clinton in a presidential impeachment trial and he remained in office.

The clip of Pelosi, which aired on "Fox & Friends" Wednesday, went viral after House Democrats moved forward on an impeachment inquiry of President Trump, alleging he may have withheld military aid to Ukraine while pressuring the country to investigate Joe Biden and his son.

"In the case of Clinton, he had actually broken the law. He had committed a felony in a case involving sexual predation against an employee. If that happened today, people would be going crazy. That's not the case here," said Gingrich, claiming Hunter Biden did a lot of "weird" business deals in Ukraine and China and Trump is within his rights to want that investigated. 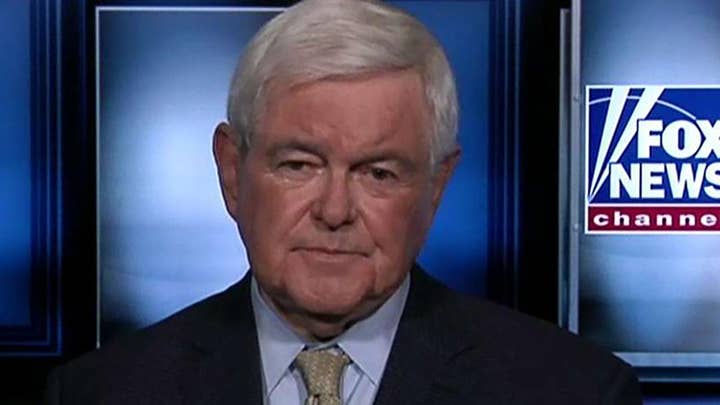 He said historians will someday look back at House Democrats' impeachment inquiry as the "theater of the absurd."

Gingrich noted that Trump delivered an "extraordinary" address to the United Nations on religious freedom this week, but it has gone mostly unnoticed by the media because "the Democratic Party has lost its mind."

Pelosi announced the impeachment inquiry Tuesday, declaring that "no one is above the law" and Trump "must be held accountable." She alleged that Trump committed a "betrayal of his oath of office, a betrayal of our national security, and the betrayal of the integrity of our elections."