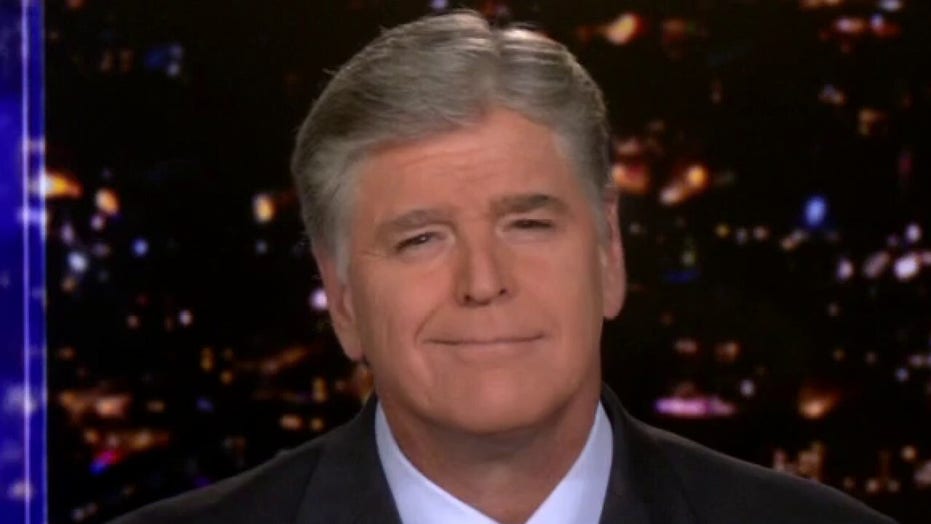 Hannity: In Joe Biden's America the rules only apply to you

Joe Biden takes a private jet to Florida, one day after claiming fossil fuels will destroy the world.

After Biden’s address on climate Monday, where he proposed man-made fossil fuels will be the destruction of the world, Hannity pointed out he boarded a “massive private jet.”

“A lot of carbon emissions for a short, one-day trip down to Florida,” he said. “In Joe Biden’s America, the rules only apply to We the People. You. Not him.”

Hannity suggested we should possibly give the former vice president the benefit of the doubt and chalk it up to his frequent “cognitive issues.”

“After all, he’s having more and more trouble recalling basic facts – what day of the week it is, what office he’s running for, whether he’s going for re-election or election,” Hannity said.

Vice presidential nominee Kamala Harris is even confusing the basics after making a slip where she referred to their campaign as the “Harris Administration together with Joe Biden.” And Biden himself continues to verbally flip the Democratic ticket as "Harris-Biden."

Hannity questioned, with only 49 days left in the election, if the American people really trust Biden and Harris. Or if they'd even go as far to hire him to work at a fast-food restaurant.

“Would you hire Joe to manage and run even a busy McDonald’s restaurant?” he asked. “That’s a hard job… I don’t know. Biden can barely leave his basement without having a full-on public meltdown, or constantly refusing to take questions from his adoring fans in the media mob.”