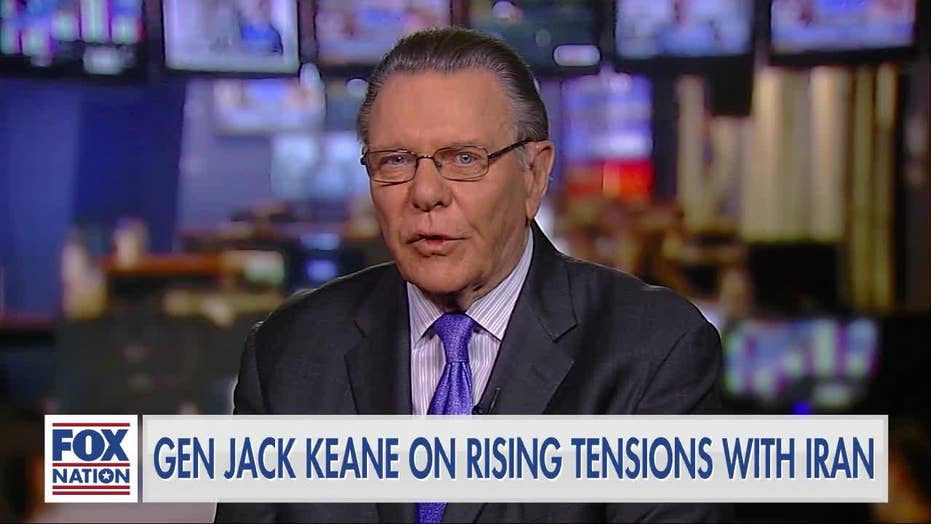 Retired four-star General Jack Keane shared his approach to rising tensions with Iran on Fox Nation's "Maria Bartiromo's Insiders" as President Trump prepares to address the United Nations on Tuesday in the wake of Iran's latest alleged attack on Saudi Arabian oil facilities, which have since been declared an "act of war" by U.S. officials.

SAUDI OIL ATTACKS ARE AN 'ACT OF WAR' BY IRAN, POMPEO SAYS

"The administration should do what they're currently doing," said Keane, "and that is setting the conditions by going to the U.N., identifying to the international community with declassified evidence that Iranians are the culprits -- they are attacking not just Saudi Arabia, they are attacking a world economy to destabilize and push it into recession and every single member of the UN has a stake in that...and let's put that out there so they understand what is truly at risk there."

Keane also called for the "further isolation of Iran, politically, diplomatically and economically," but stressed the importance of a "limited military response" to stop Iran from pushing the world economy into a recession. 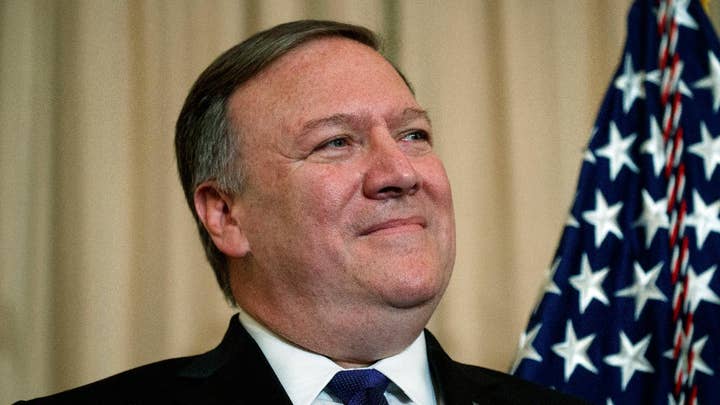 Though, Keane does not anticipate significant military participation from other countries, he explained, but said it is up to the U.S. to lead the effort.

"Why," he said, "because it is in our national interests to protect the world from a global recession and what it would do to our own economy."

British Prime Minister Boris Johnson on Sunday blamed Iran for the recent attacks and said that the U.K. would consider taking part in U.S.-led military actions to support Saudi defenses.

"We will be working with our American friends and our European friends to construct a response that tries to de-escalate tensions in the Gulf region," Johnson said while flying to New York late Sunday for the U.N. General Assembly.

After identifying Iran as the source of the cruise missiles and drones used in the attack, despite Tehran's denial, Trump deepened sanctions on Iran and took to Twitter to threaten the country, saying U.S. forces were "locked and loaded," in the region.

Iran continues to deny responsibility and has warned any retaliatory attack targeting it will result in an "all-out war."

IRAN PLEDGES 'ALL OUT WAR' IF U.S. RETALIATES

Keane said Iran's threat is simple "fear-mongering," and called on U.S. policymakers, many of whom are "paralyzed with fear from Iran's response," to see "behind the smokescreen."

"They set up options and exaggerate the risk, so much so that they steer the...president to select an option that isn't robust enough to impose cost on the Iranians and therefore stop their behavior."

To see General Keane's full remarks on the rising Iran tensions and his plan to prevent a looming worldwide recession, watch the full segment of "Maria Bartiromo's insiders" available on Fox Nation today.