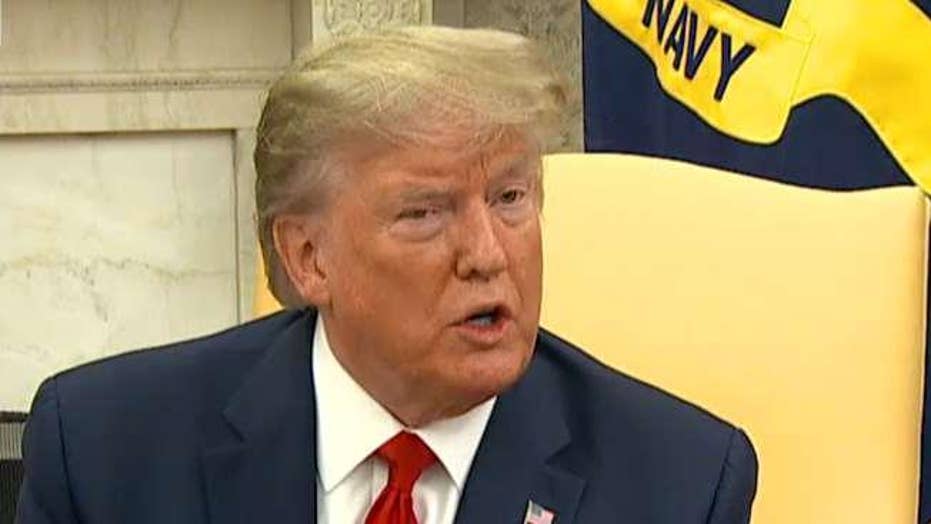 Commenting from the Oval Office, Trump tells reporters that the U.S. is prepared if the Saudi attacks warrant a response, but says he doesn't want war.

President Trump said Monday it’s “looking like” Iran was responsible for weekend attacks on Saudi Arabia’s oil supply, and talked up the United States’ military might -- but said he wanted to “avoid” war.

“Well, it’s looking that way,” the president told reporters at the White House when asked if Iran was responsible. “We’ll let you know definitively.” He added: “That’s being checked out right now.”

Iran has denied involvement in the attacks, which came as tensions rise over Tehran's unraveling nuclear deal with world powers. 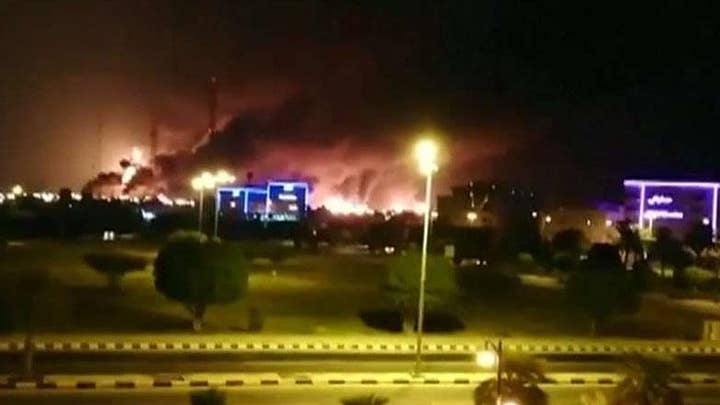 The president said the U.S. would not look at retaliatory options until he had “definitive proof” Iran was responsible.

During a meeting with Bahrain’s Crown Prince Salman bin Hamad al-Khalifa, Trump talked up the United States’ weapons systems, including fighter jets and missiles. He said the U.S. “is more prepared” for a conflict than any country in history.

“With all that being said, we’d certainly like to avoid it,” he said of a conflict. 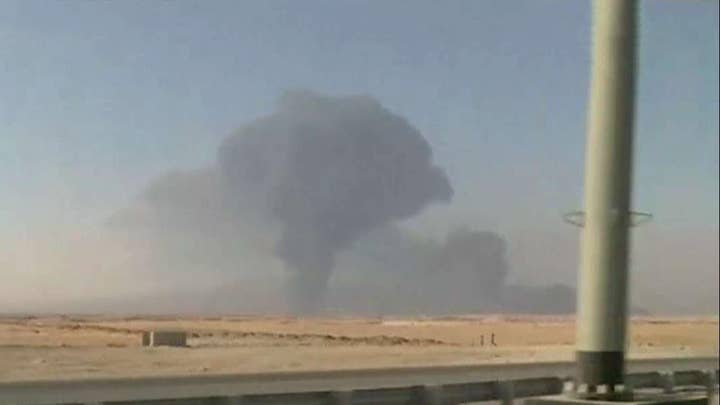 He added: “I don’t want war with anybody.”

Yemen's Iran-backed Houthi rebels said they launched drone attacks on the world's largest oil processing facility in Saudi Arabia and a major oil field Saturday, sparking huge fires and halting about half of the supplies from the world's largest exporter of oil.

The attacks marked the latest of many drone assaults on the kingdom’s oil infrastructure in recent weeks, but easily the most damaging. They raised concerns about the global oil supply and could further escalate tensions across the Persian Gulf amid a growing crisis between the U.S. and Iran over the troubled nuclear deal.

The fires led to the interruption of an estimated 5.7 million barrels in crude supplies, as Saudi officials said part of that would be offset with stockpiles. Saudi Aramco, the state-owned oil giant, planned to provide updated information in the coming days.

"I want to reiterate that the United States wholeheartedly condemns Iran's attack on the Kingdom of Saudi Arabia and we call on other nations to do the same," Perry told reporters. “This behavior is unacceptable. It is unacceptable and they must be held responsible."