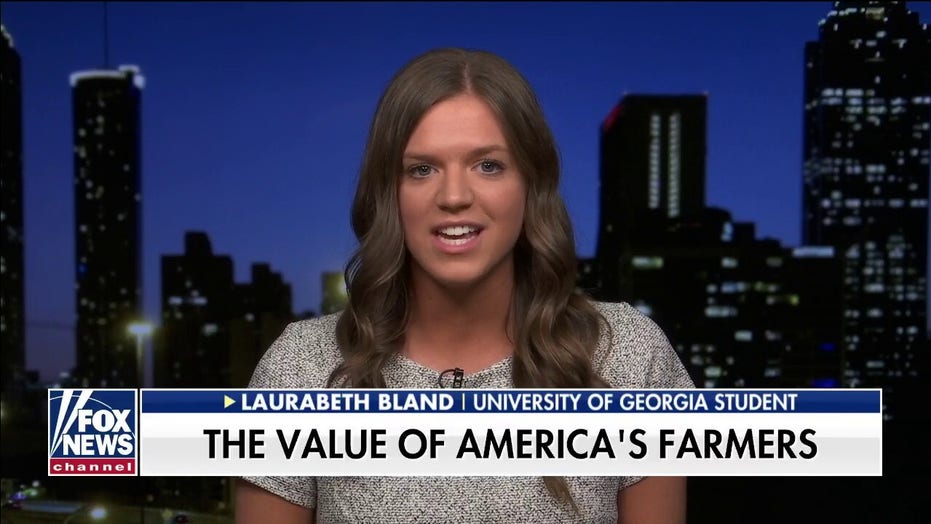 Georgia college student on the value of America's farmers

A University of Georgia student says she needed to speak out after listening to 2020 presidential candidate Mike Bloomberg's controversial comments on the agricultural industry.

Laurabeth Bland said Saturday on "Fox & Friends" that she was surprised by Bloomberg's newly unearthed comments making light of the industry.

"I felt like I -- as an agriculturalist myself -- I felt like I needed to take a stance and make sure that someone was informing the public that that is not the reality of American farmers today," said Bland, who wrote an open letter rebutting Bloomberg.

"I felt very obligated that I needed to make sure that our voices were being heard, because oftentimes I feel like we are very overlooked in the light of the media," she added. "And so I wanted to be sure that someone was able to advocate for farmers."

The former three-term New York City mayor has been in damage control over the past two weeks after newly surfaced past comments -- on several topics -- bruised his campaign.

In a recently discovered video, Bloomberg told a crowd at London's Oxford University in November 2016 that he could "teach anybody to be a farmer."

Bland told host Lisa Boothe that comments like that illustrate how some politicians discount the importance of farming.

"Well, the reality is that less than 2 percent of Americans today are involved in production agriculture. And so, with our numbers being such a small percentage, I feel like it's no surprise that oftentimes we're not exactly considered when it comes to politics and that sort of thing," she said.

"I think the biggest thing that I would tell not only him but also consumers in general is that it is so important today to know where your food comes from and how it got from the farm to the table," she added. "And so the best way to do that is to just do your research."

In her letter to Bloomberg posted  on Facebook, she wrote that she was sorry he was "never taught agricultural education" and that he doesn't understand what farmers actually do every day.

"I’m sorry you’ve never learned the scientific process it takes for a seed to become a crop or seen the beauty of livestock growing and developing. I’m sorry you’ve never shaken hands with the man who put the food on your plate or the woman who grew the nice cotton you’re wearing right now," she wrote. "I’m sorry no one told you that, in addition to feeding the world, those who work in production agriculture are also mechanics, meteorologists, veterinarians, nutritionists, and soil analyzers to name a few things."

She added: "Get a little mud on your boots, sweat on your brow, and then tell me again how simple it is to feed the world."