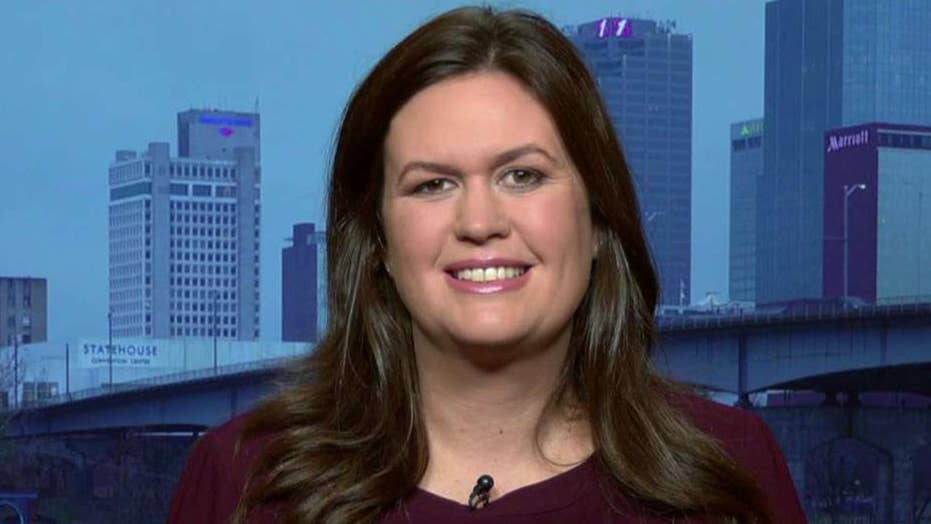 Sarah Sanders on impeachment delay: This entire thing has been a sham from day 1

House Speaker Nancy Pelosi's, D-Calif., continued stall in the transition of articles of impeachment from the House of Representatives to the Senate is further proof that the impeachment against President Trump is nothing more than a "political play," former White House press secretary Sarah Sanders said Friday.

Appearing on Fox News' "America's Newsroom" with hosts Bill Hemmer and Melissa Francis, Sanders said that the impeachment – which passed in the House over three weeks ago – has "not worked out well for the Democrats." Sanders' appearance on the show came moments before Pelosi announced that she is prepared to transmit the articles in order for a trial to begin next week.

"I think they made a huge mistake by trying to force this impeachment sham down America's throats," said Sanders, "and every single day we see that play out more and more."

“It is important that he immediately publish his resolution, so that, as I have said before, we can see the arena in which we will be participating, appoint managers and transmit the articles to the Senate,” wrote Pelosi in a letter to Democrat colleagues earlier this week.

Sanders said that the "good news" is that Pelosi has given White House counsel led by Pat Cipollone "even more time to prepare."

"I think that Mitch McConnell has been doing a spectacular job," she added. Sanders said that she believes McConnell will play by the rules and make it a fair process "unlike the ridiculous thing we saw take place in the House."

"The problem is, they haven't even had a chance to have a fair process because the House continues to sit on it. Because they are constantly looking for something to prove that the president did something wrong when they know it didn't happen," she said.

Sanders said that creating impeachment as a political weapon will be a "burden" that Democrats are going to have to wear moving forward.

"This isn't good for America to have this type of partisan political game," she stated. "And the real concern I have is what happens in the future."