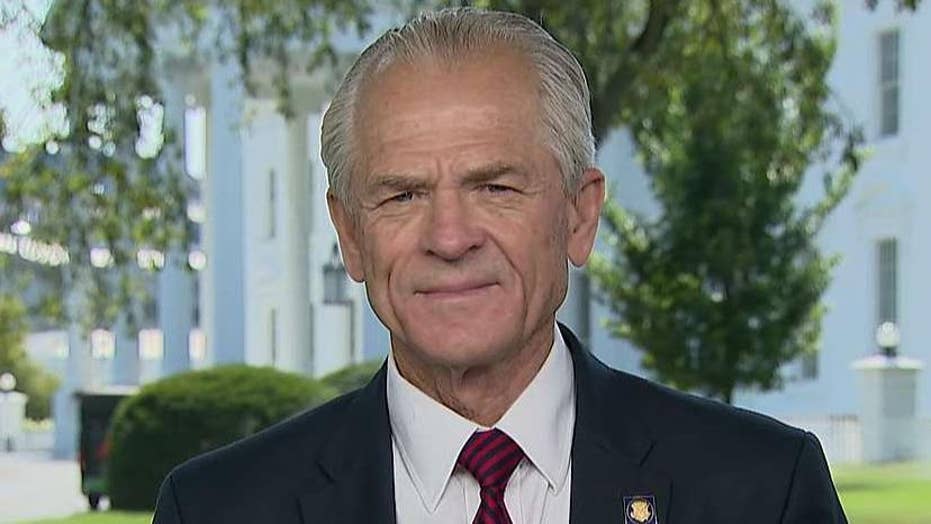 China is in a weaker position economically because of President Trump's tariffs which the Chinese are ultimately paying for, Gordon Chang, an expert on the Asian powerhouse, said.

"President Trump has not been deterred and we saw that with this announcement of the last set of tariffs that's going to go on $300 billion worth of goods ... the markets didn't like it but nonetheless, this is something that had to be done," Chang said during Thursday's "Hemmer Time" podcast.

"I think you can say the U.S. is winning because the Chinese are now doing things which smell desperate," he added before noting how China depreciated its currency. By devaluing their currency, Chang argued, the Chinese made their products cheaper for U.S. consumers.

"So, effectively they're bearing President Trump's additional tariffs. So, when Trump says the American consumer is not going to pay, he's correct on that," Chang said.

Gordon Chang is author of "The Coming Collapse of China" and an expert on the nation. He believes that China's economy is getting worse as Trump imposes additional tariffs and challenges the nation's bad actions in the international economy.

Through Trump's tariffs, China has started losing its status as the world's factory floor as currency depreciation has forced companies to take their factories out of the communist nation, Chang said.

Chang's comments offered a markedly different take on the trade war with China as many pundits worried that the president's tariffs would act as a tax on American consumers. But according to Chang, the president had to act after "years" of Chinese trade behavior "markedly" deteriorating.

"It's not honoring the obligations that it has not only to the United States but to the rest of the international community," Chang told Fox News host Bill Hemmer. "[Chinese president] Xi Jinping believes in a state-dominated economy where there's very little room for foreigners ... he actually believes in a semi-Maoist model ... so Xi Jinping is driving events not us."

Chang also pushed back on the idea that trade deficits weren't as big of a deal as Trump was making them out to be. He added that China was using proceeds from the trade deficit to build up their military while senior Chinese officers openly talked about killing Americans.

"We've got to understand that this is not just an economic or a trade matter -- this is a matter that involves the safety of Americans and indeed the sovereignty of the United States," Chang said.

He added that Trump confounded Chinese leadership because he was so unpredictable -- creating a situation where the Chinese would likely try to help Democrats beat him in the 2020 election.

Although China's economy was in a "perilous" state, according to Chang, he warned that they ultimatley posed a greater threat to the Soviet Union did during the Cold War. He added that Americans needed to "stand behind" Trump as the U.S. faced an existential threat from its competitor in Asia.