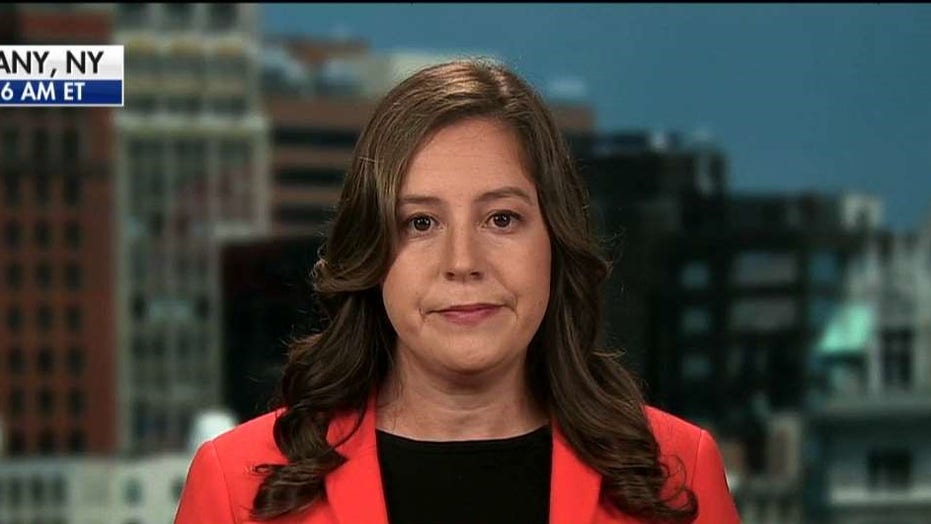 Rep. Elise Stefanek on Soleimani airstrike: It was a 'success'

New York Republican Rep. Elise Stefanek told 'Fox &amp; Friends: Weekend' that the decision to take out Iranian General Qassem Soleimani 'was the right decision made by the right commander-in-chief.'

Appearing on "Fox & Friends," Stefanik said it's clear that Soleimani, Iran's top general, was "one of the bloodiest terrorists."

Stefanik said she represents Fort Drum's 10th Mountain Division -- the most deployed unit in the Army since 9/11 -- and noted that "those troops have risked their lives and were targeted by Soleimani and his Quds forces."

In an appearance on MSNBC Thursday, Daily Beast columnist Jonathan Alter said that while it may have been the "right decision to take [Soleimani] out," "you have, in that case, right decision-wrong commander-in-chief."

When the news broke of the drone strike in the United States Thursday evening, The Washington Post tweeted that the attack near Baghdad's international airport killed "Iran's most revered military leader."

"He should not be revered and The Washington Post should apologize and should retract that statement," Stefanik said.

Even though Iran has vowed to retaliate and the ramifications from the slaying remain unclear, Stefanik scolded the news media for not praising the work of the intelligence community that led to the strike and being more supportive of U.S. troops.

"This was a success. This was the right decision made by the right commander-in-chief," she said.

"We have seen Iran's belligerence in the region not only targeting Americans but shedding American blood in the past month. We have seen the terrorist attacks on the U.S. embassy in Baghdad, and this was a proportional, effective response," she said. "This is about deterring Iranian aggression in the Middle East, but most importantly it's about protecting U.S. troops, which our commander-in-chief always should do."