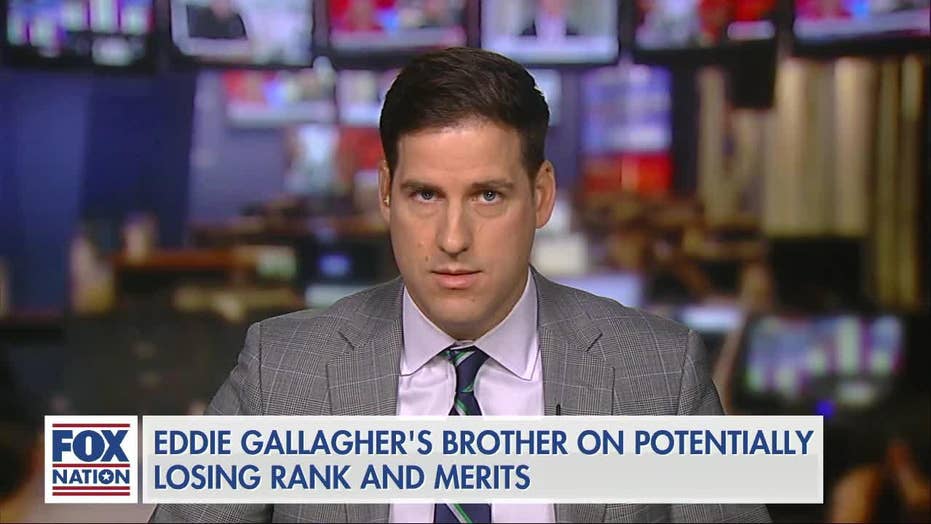 Brother of Navy SEAL Chief blasts Navy: 'Two-star is defying an order from the President'

The brother of Navy SEAL Chief Edward Gallagher blasted a top rear admiral in the U.S. Navy and accused him of "defying an order from the president" as the Gallagher family awaited the results of a new review that may punish the decorated special operator.

"This is a move of pure vindictiveness from a petulant admiral who was really, really hurt that he lost," Sean Gallagher, brother of Chief Petty Officer Edward Gallagher, told Fox Nation on "Deep Dive."

In October, the Navy upheld Gallager's conviction on a single charge of posing with the dead body of an ISIS fighter. He was acquitted on six charges, including the murder of an Islamic State fighter in Iraq. Gallagher's sentence reduced his rank, costing him up to $200,000 in retirement funds.

A senior U.S. defense official told Fox News on Tuesday that the top admiral in the Navy planned to announce a review in which peers will determine whether to remove SEAL Eddie Gallagher's Trident pin. This after last Friday the White House announced that President Trump signed an order reversing the sentence and promoting him to the grade of E-7, the rank he held before he was tried.

Despite the president's order, the Navy is reportedly considering whether or not to punish Gallagher by removing his Navy Trident pin, which Sean Gallagher described as a highly prized honor for SEALs.

"Even after an order from the president of the United States... Rear Admiral Collin Green, the same clown that oversaw the entire farce of the case, is now going to pull Eddie's Trident before he retires," he said.

"Right now... we're awaiting news," continued Gallagher, "pretty much in a situation where a rear admiral – a two-star – is defying an order from the president of the United States of America... [Eddie] should be let to retire with dignity like the president had ordered."

Fox News national security correspondent Jennifer Griffin reported on Tuesday that "the impending move by Green would be a direct contradiction of Trump's order and would move the issue into the jurisdiction of the Trident review board of Gallagher's peers, which is expected to deliberate and finalize his sentence."

"When you become a Navy SEAL, you get pinned with an insignia, a Trident. And it's an immense sense of pride. Few men have earned it. And it just means everything to the SEAL teams," Gallagher told Fox Nation. 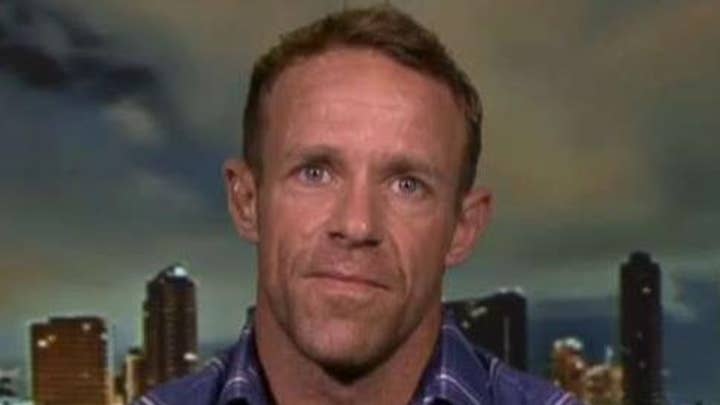 In a new statement from Eddie Gallagher, he told Fox Nation's Tomi Lahren, "This decision by Collin Green is not about good order and discipline, it’s about ego and retaliation.  We knew this was going to happen because this is what we have dealt with the past 2 years from Green.  I will continue to stand tall and remain strong because I have the two most important things on my side... God and the truth!"

Sean Gallagher went on in his "Deep Dive" interview to stress that his brother was acquitted in July on the most serious of the charges he faced.

"Eddie won this case," Gallagher said. "He went through a process that was broken and came out victorious. The Navy got their asses handed to them here. And now before he goes, what they're going to do is they're going to pull his Trident. It's pretty much a slap in the face. Eddie's going to retire within weeks anyways."

"Tell us what your impression is of the actual military courts," said Fox Nation host and Wall Street Journal editorial board member William McGurn, "because they actually found him not guilty of the main charges, right?"

"Eddie never should have gone to trial. If people had done their due diligence and investigators had done right and good work, they would have said that this is a farce of a case to begin with," said Gallagher.

He concluded by alleging that the government's case against his brother was corrupted from the start and that he's shocked by the new developments.

"The prosecutors in Eddie's case spied on the defense team. They hid evidence. The judge in our case had to fire the prosecutors weeks before trial. It was a failure of epic proportions, something that you wouldn't even think could happen in this country. And yet we lived through it. And to think that there are people on the other side now saying the president is wrong and taking this action, I don't know what world they live in," he said.

The president recently granted the release of Army 1st Lt. Clint Lorance from a military prison at Fort Leavenworth, Kan., six years after he was found guilty of second-degree murder. Trump also ordered that murder charges against Maj. Matt Golsteyn, a former Green Beret, be dropped.