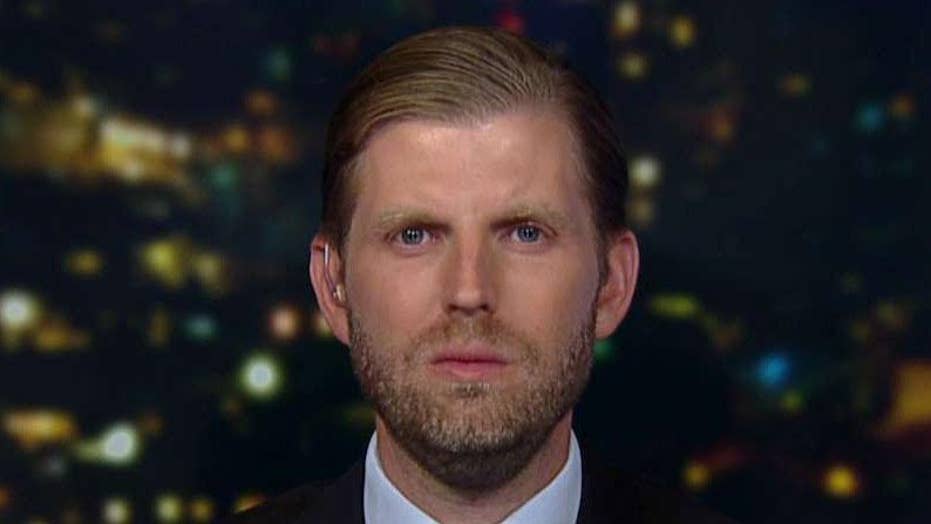 Anyone who has driven through Baltimore knows that the city is broken, says The Trump Organization's Eric Trump.

Eric Trump appeared on "Hannity" Monday to defend his father against accusations of racism and defend his criticism of Baltimore.

"I mean Baltimore is broke and my father is right and the Democrats know it," Trump said.

Trump was reacting to President Trump's tweets this past weekend critical of Rep. Elijah Cummings, D-Md., and the city of Baltimore.

The president slammed Baltimore as a "a disgusting, rat and rodent infested mess," blasting Cummings for not helping his district.

Trump criticized Democrats from "running away from" crime issues in Democratic controlled cities.

"You take the top ten most dangerous cities in this country and they're all controlled by Democrats and they're trying to run away from it," Trump said.

The president's son also pointed out that his father is unfairly labeled a racist.

Trump also warned Democrats they are marching his father closer to reelection.

"Democrats keep doing it because you're walking my father right into 2020. He's going to have an overwhelming victory because the Democratic Party they don't even know, Sean, what they stand for," Trump said.