"The Democrats continue to make false accusations about crimes that didn't occur, promise evidence that doesn't exist and they can never deliver and, in this case, they have harmed our national security," he said on "America's Newsroom."

"Do you think that Mr. Zelensky's happy about having his conversations about [Emmanuel] Macron and [Angela] Merkel out there for a world to see, and don't you think that's going to influence any conversation that President Trump or any president that follows him has with any world leader," Ratcliffe continued. "The Democrats in their desire to destroy Donald Trump have harmed our national security today."

Ratcliffe said Democrats are now accusing the White House of redacting parts of the transcript and accused them of backpedaling to save face after an embarrassing political defeat.

KEVIN MCCARTHY: IF YOU WANT TO KNOW WHAT PELOSI WILL DO TOMORROW, READ AOC'S TWEETS TONIGHT 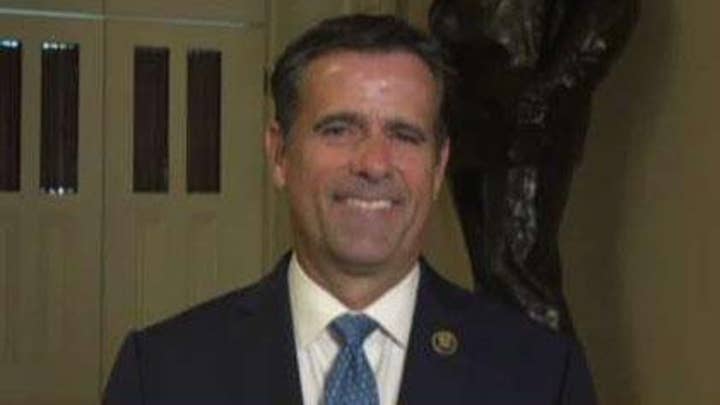 After the transcript was released, Democrats pointed to Trump's mention of 2020 presidential hopeful Joe Biden and his ties to Ukraine as damning evidence worthy of impeachment, while Trump and other Republicans fell back on the absence of any mention of money, or the direct bartering of military aid.

"We got the transcript and the president was telling the truth and Nancy Pelosi wasn't," Ratcliffe added. "There's no quid pro quo. The president never even mentioned military aid. There wasn't anything but admiration from President Zelensky for President Trump. It wasn't what the Democrats promised and once again... [they] came up empty."