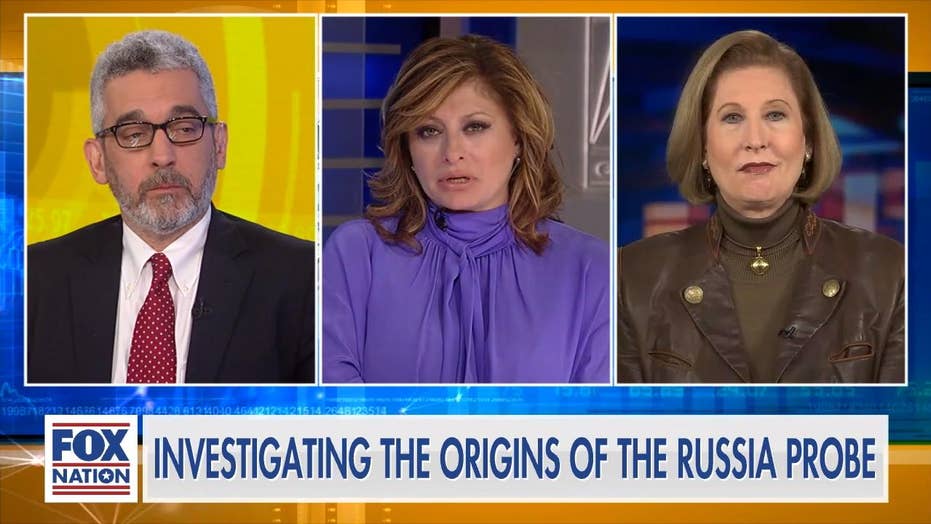 In a new interview, the attorney for former national security adviser Michael Flynn suggested that the Obama administration may have been out to get her client because he was investigating the so-called "Deep State."

"He has been a patriot his entire life, and to be set up and prosecuted the way he has been is just an abomination of justice," said attorney Sidney Powell on Fox Nation's "Maria Bartiromo's Insiders" on Sunday.

"I think it goes all the way to the top of the Obama administration," she added.

In December 2017, Flynn pleaded guilty to a single count of making false statements to the FBI regarding his communications with the then-Russian ambassador to the U.S. Sergey Kislyak.  Powell argues that the government knew as far back as January 2017 that Flynn was not working on behalf of Russia, and she has filed legal motions to compel the government to release any exculpatory information that prosecutors may have had prior to Flynn's guilty plea.  Powell has also moved to get a judge to throw the case out. 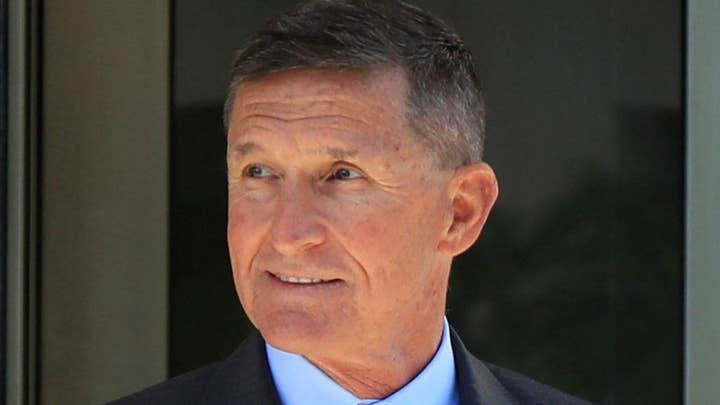 Joining Powell on "Maria Bartiromo's Insiders" was Lee Smith, author of the new book, "The Plot Against the President," who reported that Flynn was looking into potential misconduct in the U.S. intelligence community.

"In addition to General Flynn's name being cleared, I hope that his initiative to get to the bottom of what these people were doing -- to audit the intelligence community... that's something else we need to look at again," said Smith. "As well, his initiative to clean out the Deep State."

POTENTIAL ABUSES, CRIMES UNDER INVESTIGATION BY HOROWITZ AND DURHAM

Smith has alleged that Cambridge professor and reported FBI informant Stefan Halper, who organized meetings with former Trump campaign aide George Papadopoulos, was paid large sums of money by the Pentagon to study Russia and China, when in fact he was spying on the Trump campaign.

"I guess he was getting into business that they didn't want him to get into," said Bartiromo in reference to Flynn's apparent interest in the intelligence community.

"Oh, exactly," said Powell. "There's no telling how many billions of taxpayer dollars they're running off books for the different intel agencies, particularly [former Obama Administration CIA Director] and [former Obama Administration Director of National Intelligence James Clapper], and of course we see evidence of that... with what was paid to Stefan Halper for his shenanigans. It just goes on and on."

"They literally planned and strategized about how to interview General Flynn to keep him relaxed and unguarded at the highest levels of the FBI... Strzok and McCabe met many times to plan it," she alleged. "It was a high-level meeting to calculate and strategize about how to go about that interview to keep him unguarded and without knowing that he was the target of a criminal investigation."

Smith said: "This is what... John Durham's inquiry is looking at.  The different things that the FBI and it looks like the CIA did in its anti-Trump operation."

Bartiromo asked: "So who is the mastermind of all of this? On the government side -- was it the CIA? Was it John Brennan? How far up the ladder does this go in the Obama administration?"

Powell responded: "It couldn't have been done without Susan Rice. And I don't think it was done without the knowledge of President Obama. It was probably run most by Mr. Brennan and Clapper. And of course, Comey and McCabe had their prominent roles in it, along with the assorted agents that were involved. But, yes, it was a very high ranking group of people."

To watch all of "Maria Bartiromo's Insiders" go to Fox Nation and join today.