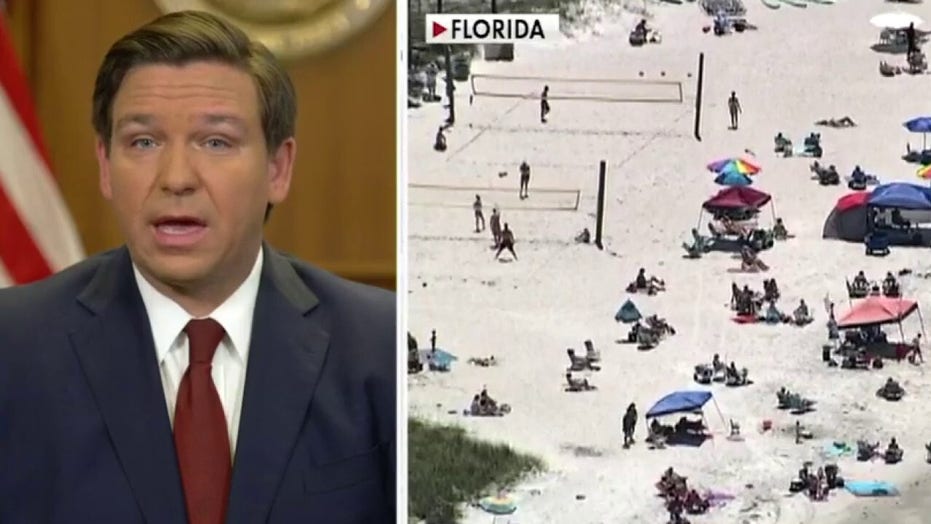 Florida Governor separates: 'Other states wish they did what we did'

Other states "wish" that they had followed Florida's lead in their responses to the coronavirus pandemic, Republican Gov. Ron DeSantis suggested Thursday, saying he believes the state can host the Republican National Convention this summer.

In an interview on "Fox & Friends," DeSantis detailed his tactics heading into Phase II of his state's COVID-19 reopening plan and assured the state was following White House guidelines including limiting group-size to up to 50 people and implementing temperature checks.

GOP CONVENTION SITE IN LIMBO: HERE'S WHERE PARTY COULD GO

"I was at Universal Studios yesterday making this announcement. They're now open at least for the pass holders. They are going to be open to the general public, I think, tomorrow. They are doing temperature checks," he pointed out. "So, there [are] all kinds of things people are doing to keep people safe. So, we want to be able to allow people to have options and really trust people to make good decisions. I think that is really the best posture to be in."

Visitors to Park Avenue in Winter Park, Fla., dine al fresco on the street as restaurants and shops reopened in the popular dining district with Phase One restrictions in place in response to the coronavirus pandemic Saturday, May 9, 2020. (Joe Burbank/Orlando Sentinel via AP)

According to DeSantis, a thorough examination of a few other states' approaches to reopening their doors was instrumental in getting to that posture.

"We looked at Georgia, Colorado about some of the things they opened very early that we had not done. So, we followed," he explained. "It seemed like it worked well. We really learned from a lot of those other states -- you look at the state of Texas."

"So, I think there's been a lot of states that have done well. And then, there [are] some states like South Dakota that really never missed a beat," he remarked.

DeSantis said he believed that those instructions and the resulting actions made Florida "one of the leaders," whereas others have "been a little bit more about politics."

"Some of the measures that were in place -- I mean, clearly from a health perspective Florida has done better per capita than a lot of these states. But yeah, at the end of the day, getting people back to work is important. [And,] continuing to focus on safety," he noted. 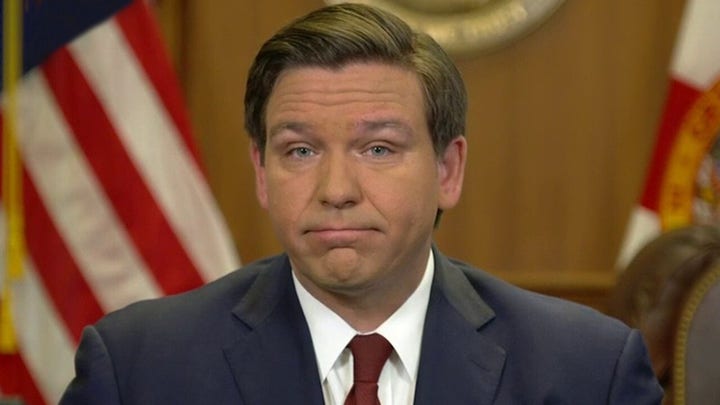 "You know, we've done even more with long term care facilities as this has gone on. That was one of our focuses from the beginning. I think it was the right focus and I think as people look back they wish other states had done what we had done," he told the "Friends" hosts. "But, we're continuing to do a lot of that and even adding more to it. And so, they really go hand-in-hand. You can work to protect folks, and you can also work to put people back to work."

Two days after President Trump announced he was seeking another state to hold this year's Republican National Convention in August, DeSantis volunteered.

He argued that given the time left before the convention and the changing nature of the pandemic, it would be a "mistake" to rule it out "at this stage."

"To just say no to everything I don't think is going to work. So, we want to be able to do it and I think we could do it in a safe way," DeSantis mused.

"So, we want to get to ‘yes’ on it, [which] has basically been my message. Let's be creative and figure out a way to do it."