Kellyanne Conway calls Democrats' bluff on impeachment: 'They don't have the votes'

House Democrats don't have the votes to impeach President Trump and are more concerned about getting reelected than sticking to their political guns, said White House adviser Kellyanne Conway on "Fox & Friends" Thursday.

"Impeachment is simple math, you either have the votes or you don't. And guess what – dirty little secret – they don't have the votes," she said. "You just went through the list of Democratic members of Congress who have not committed to an impeachment inquiry. That's key."

"Think about all the people they represent — the 17 swing states that are basically being looked at and are in play for next year," Conway continued. "The people, especially the independents in those states, are allergic to a protracted impeachment. Impeaching a president is an extraordinary event that's rarely done because we have democratic elections." 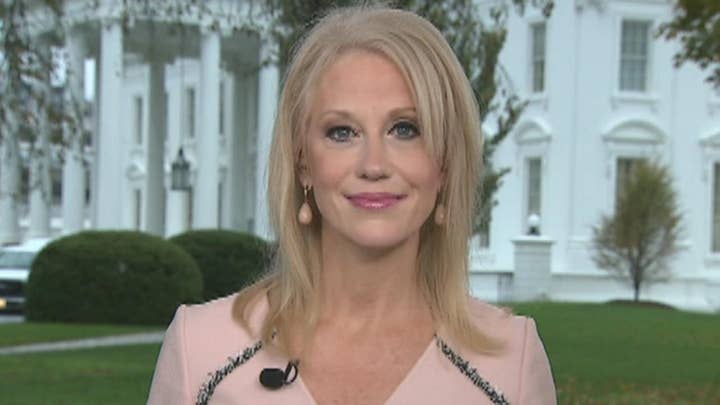 Conway said various House Democrats promised to lower drug prices and work with the president on bipartisan infrastructure reform, but have instead defied the will of the people and abused their authority to investigate the president.

"President Trump was democratically elected. Don't allow people to overturn the last election results, or to interfere in the next ones," she said.

House Democrats are set to vote on procedural rules to officially launch their inquiry on Thursday but aren't expected to vote on actual articles of impeachment against Trump for several more weeks.