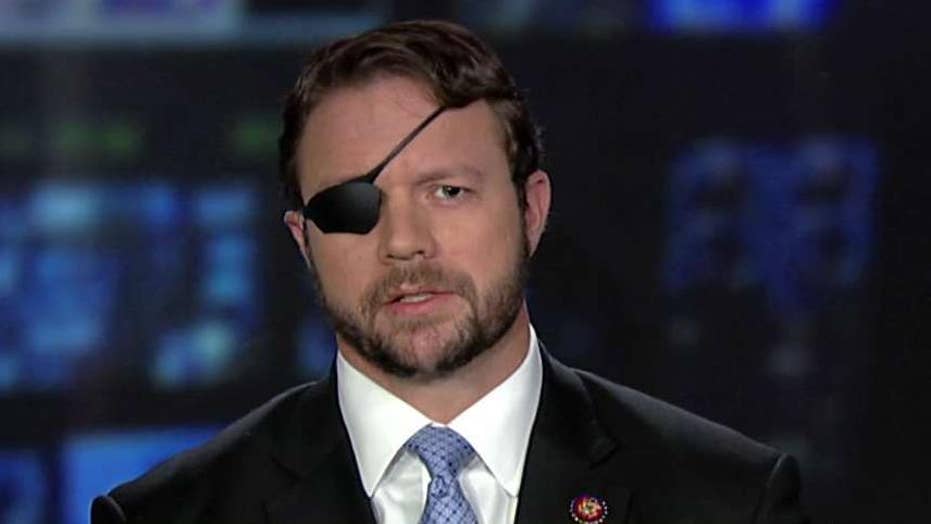 Appearing on "Fox & Friends" with hosts Steve Doocy, Ainsley Earhardt, and Brian Kilmeade, Crenshaw said that "you can basically spin whatever narrative you want based on the facts that we know."

On Wednesday, European Union Ambassador Gordon Sondland testified -- after already changing his previous testimony -- that there was quid pro quo and many top officials were involved at the "express direction" of the president.

Former senior director for Russia at the National Security Council Fiona Hill testified on Thursday, during the fifth day of public hearings, that she felt the conduct on Trump's call with Zelensky was "surprising." She said the White House meeting with Zelensky was being predicated based on investigations into the 2016 election and Ukrainian natural gas firm Burisma Holdings.

Crenshaw told the "Friends" hosts that the more testimony that comes out, the more he is convinced there was "very little evidence of any kind of official policy on quid pro quo" when it came to aid to Ukraine and an investigation of the Bidens. 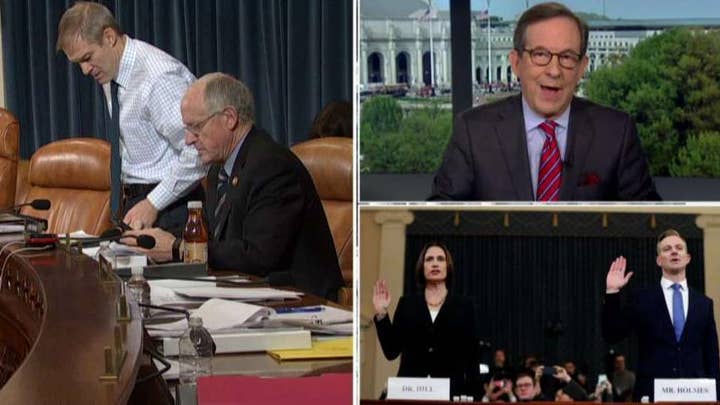 "There's a lot of people who maybe presumed it. Like Sondland said, 'I presumed there was.' But, he was never told that there was," Crenshaw added.

"All of these other policy implementers -- the ones who actually supposed to carry forward the president's policy -- were never actually told that there was an official quid pro quo and that they were withholding aid for these reasons," said Crenshaw. "And so, if you're going to withhold aid for certain reasons, you do have to tell people eventually.

"And, if you never told anybody then it's not really clear that this is the policy of the president," he explained.

"This is a really blatant case of spinning narratives. We saw it for years under the Mueller probe," Crenshaw continued. "Now we have a really unobjective investigation and the media spin on this has been abhorrent. It's amazing to watch the different channels on how they assess this and the different stories that come out."

"And, I think if you take an unemotional objective look at the facts, you cannot see what the Democrats are seeing here," he concluded.