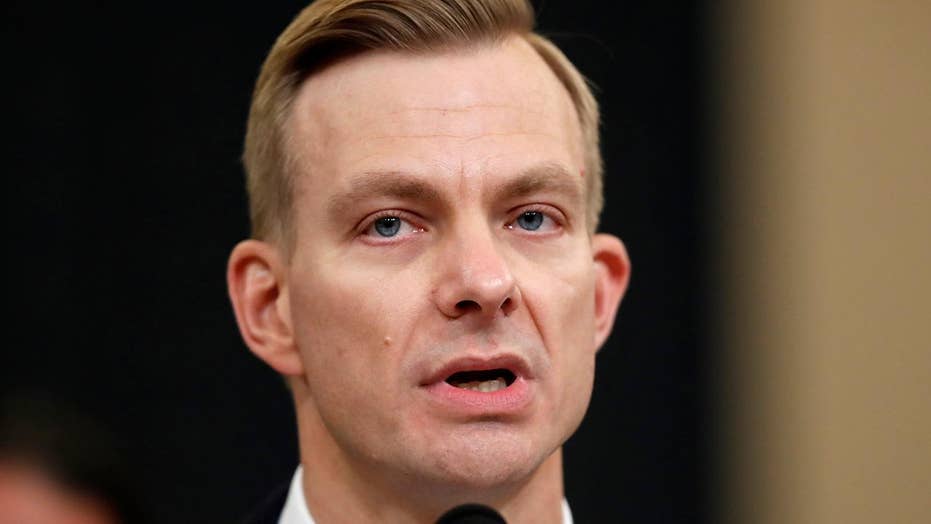 David Holmes, an official at the U.S. Embassy in Kiev, delivered a lively description at Thursday's impeachment hearing of the phone call he apparently overheard between U.S. Ambassador to the European Union Gordan Sondland and President Trump the day after the president's now-famous call with Ukraine's leader.

Previous testimony already revealed that Holmes overheard Trump asking about an "investigation," on the heels of pressing Ukranian President Voldomyr Zelensky to look into the Bidens and alleged Ukraine election meddling. But on Thursday, Holmes provided colorful details of Sondland's wine-fueled phone call over lunch in Kiev on July 26.

Among other things, he said Sondland told Trump Zelensky "loves your ass" and that American rapper A$AP Rocky was "kind of f----d there" after being jailed for assault in Sweden.

Holmes had gone to lunch with Sondland that day to discuss Ukraine-related issues. After ordering a bottle of wine to share, Sondland decided to call Trump on his mobile phone, he testified -- describing this as a vivid and "distinctive" experience.

"I heard him announce himself several times, along the lines of 'Gordan Sondland holding for the president,'" Holmes said, emphasizing that there was no doubt whom Sondland was speaking to. "While Ambassador Sondland’s phone was not on speakerphone, I could hear the president’s voice through the earpiece of the phone. The president’s voice was loud and recognizable, and Ambassador Sondland held the phone away from his ear for a period of time, presumably because of the loud volume."

"I have been watching people making phone calls my entire life. My hearing is, and has been, great," the president tweeted during the hearing. "Never have I been watching a person making a call, which was not on speakerphone, and been able to hear or understand a conversation. I’ve even tried, but to no avail. Try it live!"

The call between Sondland and Trump is important to the impeachment inquiry because it showed Trump following up internally on his request for investigations made a day earlier in the call with Zelensky. U.S. chargé d'affaires in Ukraine Bill Taylor added the call to his testimony last week. Sondland confirmed the call in testimony Wednesday.

"Yeah, sounds like something I would say," Sondland responded when asked about the "loves your ass" comment, drawing laughs from those in attendance. "That's how President Trump and I communicate. A lot of four-letter words. In this case, three-letter."

Holmes gave a more detailed account of the call on Thursday.

Holmes said that although he was not taking notes during the conversation, he had a clear memory of the interaction and said he thought others at the table would be able to confirm that Sondland was speaking with Trump.

SONDLAND GETS A LAUGH CONFIRMING SALTY PHONE CALL WITH TRUMP: 'SOUNDS LIKE SOMETHING I WOULD SAY'

The two men also discussed American rapper A$AP Rocky, who was jailed in Sweden over the summer for assault, according to Holmes.

More damaging for the president, Holmes then testified that after the call Sondland said Trump didn't care about Ukraine.

"I noted that there was 'big stuff' going on in Ukraine, like a war with Russia, and Ambassador Sondland replied that he meant 'big stuff' that benefits the President, like the 'Biden investigation' that Mr. Giuliani was pushing."

Sondland, however, emphasized Wednesday that Trump told him there was no effort to leverage anything -- like an Oval Office meeting or defense aid -- for the investigations Trump wanted. 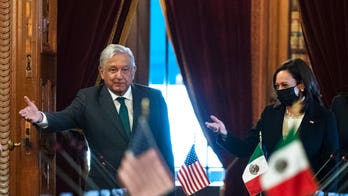 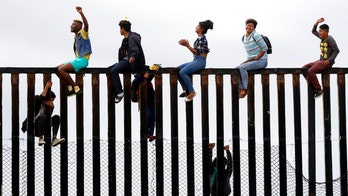