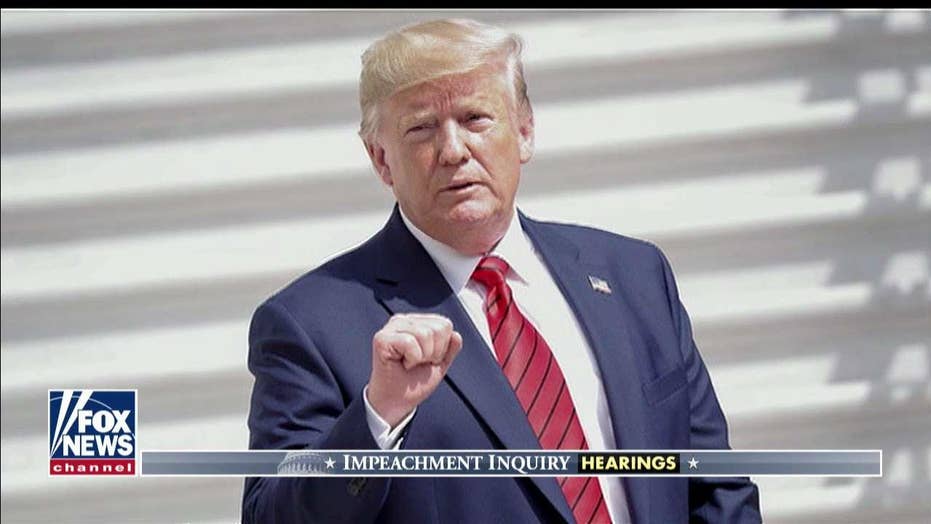 Dan Bongino on his exclusive interview with the president

Appearing on "Fox & Friends: Weekend," Bongino said Democrats don't have a leg to stand on and that the whistleblower was factually incorrect.

In an exclusive interview Friday on "The Dan Bongino Show," the president sounded off on the impeachment inquiry, saying "everybody knows who the whistleblower is" and the person "has to be revealed."

"The whistleblower wrote a report which was mostly on the phone call that everybody now sees was a good call," Trump said. "So, fortunately, the call was transcribed by experts and transcribed beautifully. And that was the call when they saw it, when I released it. Then everything started going downhill."

"It was a great interview," Bongino told "Fox & Friends" hosts Ed Henry, Lisa Boothe and Pete Hegseth. "I'll tell you, it was going on during Ambassador Yovanovitch's testimony. And the president was, I think rightfully so, furious about what's going on." 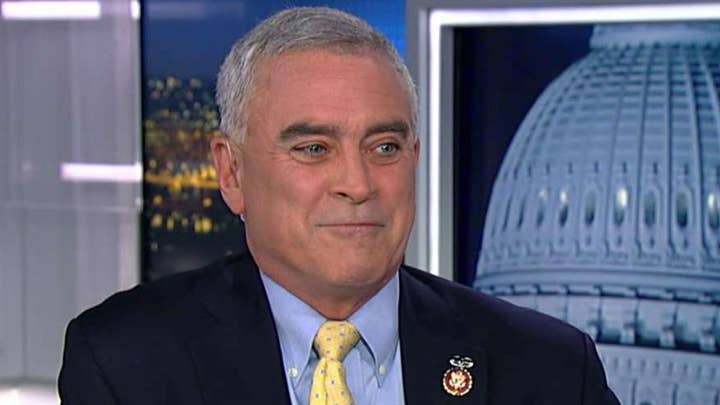 On Friday former U.S. Ambassador to Ukraine Marie Yovanovitch testified in a public hearing before the House Intelligence Committee. She said she was ousted after a smear campaign led by Trump's personal attorney, Rudy Giuliani, who was trying to get dirt on the president's Democratic rival, former Vice President Joe Biden.

But Yovanovitch could not supply the panel with information regarding any criminal activity or bribes involving Trump.

Bongino said he believes the president is so angry about the impeachment inquiry "because he really genuinely feels -- and I wholeheartedly agree based on actual evidence what Democrats don't have -- that he didn't do anything wrong."

"So, he's furious about it, and I don't blame him for wanting to find out how the whistleblower got this thing so wrong," Bongino said.

"Do you realize there are three ringer witnesses -- Kent, Taylor, and Yovanovitch -- not one of them has any evidence of a crime?" Bongino questioned.

"What are we doing here? Why are we wasting America's time?" he asked.