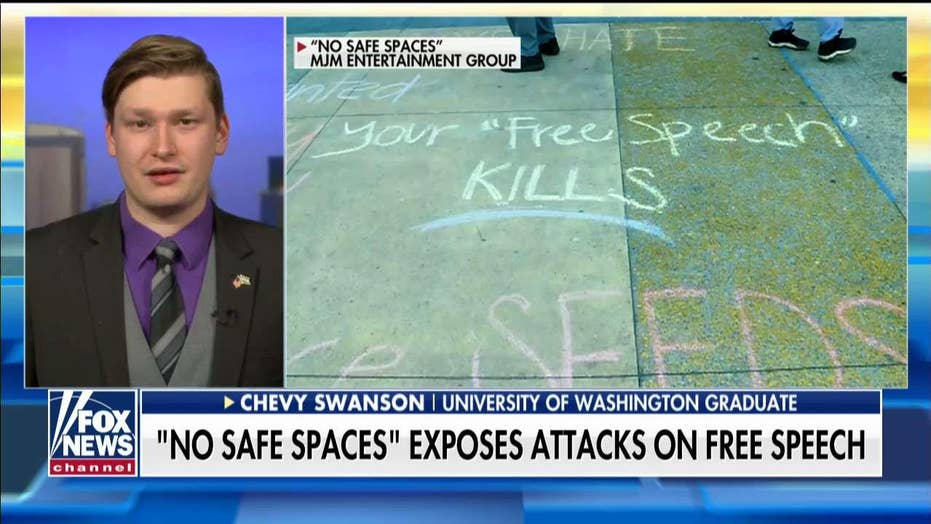 University of Washington graduate and college Republican Chevy Swanson -- a graduate featured in the new docudrama 'No Safe Spaces' -- tells 'Fox &amp; Friends' that campus conservatives need to fight against censorship of free speech on campuses.

Swanson was featured in the newly released docudrama "No Safe Spaces," which examines the politically correct world of academia, driven by the political left.

Appearing on "Fox & Friends" with host Brian Kilmeade, Swanson said the effort against freedom of speech is coming on both sides of the aisle and that conservatives need to "say that this is not something that conservatives stand for."

"Conservatives stand for fighting for their ideas and defending those ideas and debating those that disagree. We are willing to debate extremists on both sides and say that our ideas are better -- our ideas are stronger," he told Kilmeade.

Swanson said that the message of "No Safe Spaces" couldn't come at a better time: "We're seeing censorship all over." 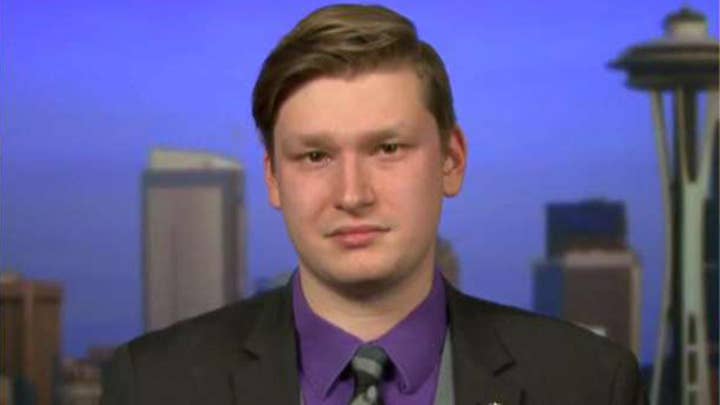 At Georgetown University two Republican immigration officials were shouted out of events by protesters.

More than 700 Harvard students signed a petition protesting the school's newspaper, The Crimson, for reaching out to ICE for comment on an immigration story.

"No Safe Spaces" is already surging at the box office -- only behind the "Terminator" in its limited release in two major markets. It releases nationwide on November 15.