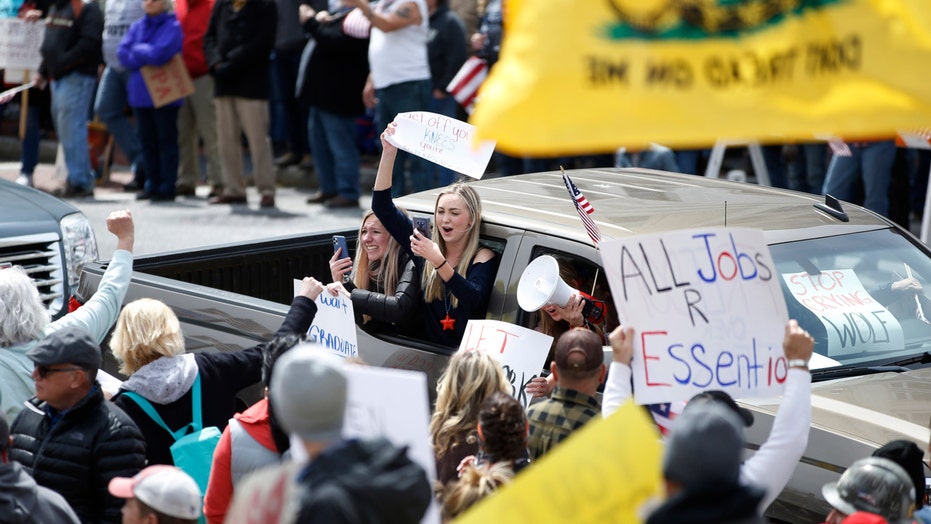 Rep. Kildee: Protesters looking to get back to normal

Michigan Rep. Dan Kildee reacts to protests against the stay-at-home order in his state.

CNN political analyst April Ryan raised eyebrows on Monday by asking if people who protest stay-at-home mandates should be forced to decline medical attention if they test positive for coronavirus.

“Should #StayAtHome protestors who endanger other Americans by not following ‪@CDCgov guidelines about physical distancing be required to sign a waiver refusing medical attention at a hospital and not take up a ventilator if they contract coronavirus? ‪#COVID19,” Ryan tweeted.

“That's one he-- of a great bit of CNN analysis there,” Media Research Center Vice President Dan Gainor told Fox News. “Should people who disagree with you be refused medical care so they die?”

Protests have popped up in various states over restrictive guidelines. Many of the protests featured large groups of people closely gathered despite federal encouragements to social-distance in an effort to combat the spread of COVID-19.

However, protesters weren’t the only people ignoring guidelines, as images of crowded areas such as beaches and subways have popped up throughout the pandemic. At least two high-profile news anchors recently proved they weren’t so good at social distancing, either.

CNN host Chris Cuomo, who tested positive for coronavirus weeks ago, recently admitted that he left quarantine and got into a fiery exchange with a bicyclist who claimed he asked why the news host wasn’t isolated amid his widely publicized diagnosis.

And, ABC News’ George Stephanopoulos irked neighbors by knocking around the prestigious Hamptons area east of New York City when it was common knowledge that his wife tested positive, the New York Post reported last Thursday.

“Notice how it's only conservatives she wants to see die? She doesn't want the waiver to go to others who are violating the rules. Just those who dare protest,” Gainor added.