Exclusive: Clint Lorance sits down with 'Fox &amp; Friends' for first interview since Trump pardon: 'I love you sir'

Lt. Clint Lorance tells President Trump he loves him during an interview with "Fox &amp; Friends," following his federal pardon.&nbsp;

Following a federal pardon by President Trump, Army First Lt. Clint Lorance appeared on "Fox & Friends" Monday for his first interview since being released from Leavenworth prison, where he was serving a 19-year sentence for second-degree murder.

Lorance, 34,  served six years for ordering troops to open fire on three local men riding motorcycles in Afghanistan in July 2012, after his commanding officer had been injured. Two of the local men were killed and Lorance was later convicted after several members of his own platoon testified against him. He sought to overturn his conviction and is now a free man thanks to Trump, who granted him clemency on Friday.

"I can't say enough. You know. I'm so happy to be an American," he told Fox News. "I'm just so glad that we're part of this, amazing country. And it's got such great, impassioned leadership, and it's amazing."

Lorance received a phone call from Trump before being released, and shared his gratitude on air, by telling the president he loves him.

"I love you, sir. You're awesome," he said. "I'll say this, Mr. President, I wish you had a better team around you. You need more people watching your back. And I think you don't have a lot of that. And that is absolutely unfortunate. And that infuriates me to no end."

Lorance then commented on 2020 presidential hopeful Joe Biden's negative response to his release and said the former vice president was likely pandering for political purposes and doesn't believe his own words.

"He's doing what he thinks his donors and the people that are signing his paycheck are expecting him to do," Lorance continued. "And I think if you were to sit down with him face to face I think he'd have an issue saying that... face to face."

He also claimed he was banking on Trump getting elected because it would be the only way he could be released.

"President Trump is somebody that sees something that's wrong and fixes it and doesn't care whose feelings it hurts," Lorance said. "And that's what I learned when I was talking to him on the phone. He said something along the lines of -- this is going to make a lot of people irritated at me. But I don't care. And to tell you the truth, small towns across America... that's what they want in their commander in chief. That's what I want in my commander in chief. Somebody that will see something that's broken and fix it. 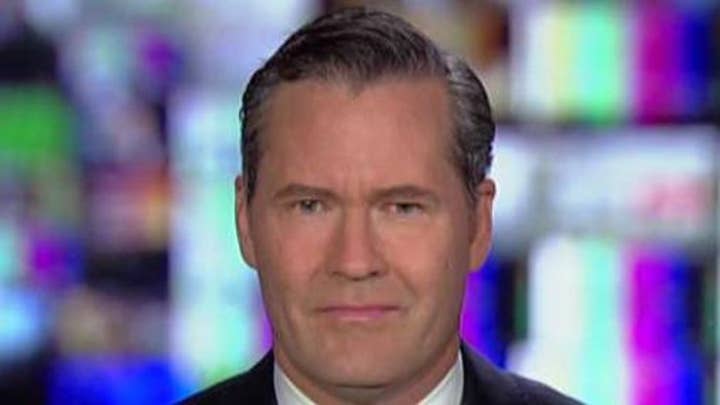 Overall, Lorance was thankful for the experience, saying it made him a better man and brought him closer to America.

"It turned me into a better person and gave me the opportunity to get closer to this country," he said. "Little tiny towns around the country, all over the place -- they're packed full of awesome people. Going through something like that, they reach out to you through the mail. And it really reminds you of how amazing this country is that we live in. I can't tell you enough how much I appreciate President Trump and Vice President Pence. And I just -- I love them. They're awesome. They're great people."

"A soldier, a service member who knows that their commanders love them will go to the gates of hell for their country and knock them down," said Lorance.