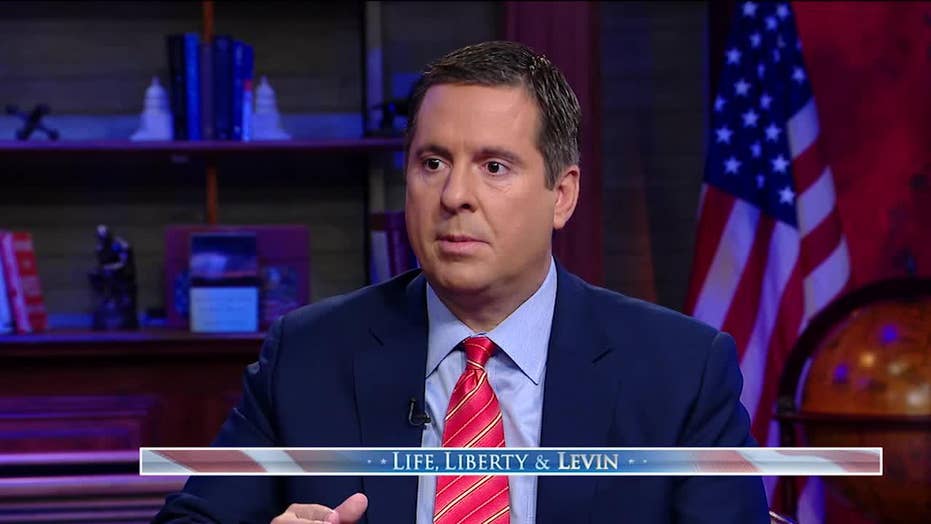 Rep. Devin Nunes, R-Calif., says Democrats sought to dig up dirt on Trump through Ukraine, and the White House responded by talking with Ukrainian officials.

The Trump White House became involved in Ukrainian affairs to investigate a smear campaign from Democrats against the president, but the fact-finding mission was twisted and used as an excuse for impeachment, House Intelligence Committee Ranking Member Devin Nunes, R-Calif., said in an interview airing Sunday.

Nunes appeared on "Life, Liberty & Levin" to discuss the House's impeachment inquiry into Trump, and said Democrats paid Fusion GPS to dig up dirt on the president through Ukrainian sources, helping spawn the probe from former Special Counsel Robert Mueller.

The California Republican also said it was perfectly reasonable for the president and his surrogates to go looking for answers after they faced attacked from all sides.

"What's just amazing is, the Democrats continue to say, 'oh, this is some kind of conspiracy theory'... The fact that Rudy Giuliani would be in Ukraine or talking to Ukrainians about, 'hey, where's this dirt that's being dug up on my client?' It would be a dereliction of Rudy Giuliani's responsibilities as the personal attorney to the president [not to do so]," Nunes said.

GUY BENSON: HERE'S WHY DEMOCRATS ARE 'IN TROUBLE' WITH IMPEACHMENT PUSH 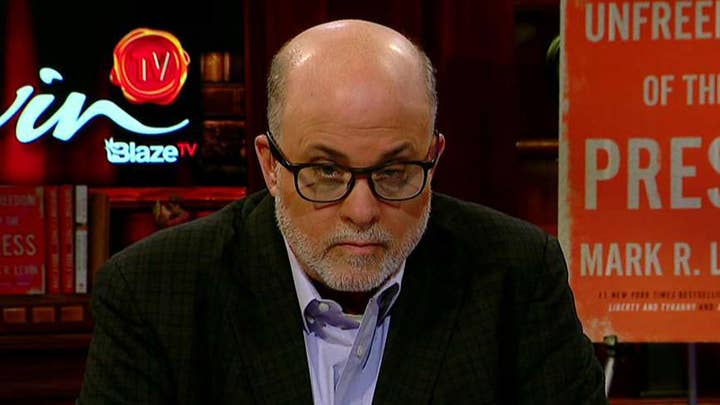 Nunes also accused Democrats of targeting high-ranking Ukrainian officials to provide damaging information about the president so they could use it to force him out of office.

"You had so many problems in Ukraine," Nunes said earlier in the segment. "The Democrats, they hate to admit this, but their sources for the Fusion GPS [dossier] -- a company that they were paying to dig up the dirt on Trump that ultimately made its way into the FBI -- there were Ukrainian sources there, so they were paying people to go into Ukraine and dig up dirt."

"Some of this dirt came from high-ranking Ukrainian officials, allegedly," he added. "Remember, we spent three years with this Mueller nonsense. [Giuliani] had every right and responsibility to be over there."