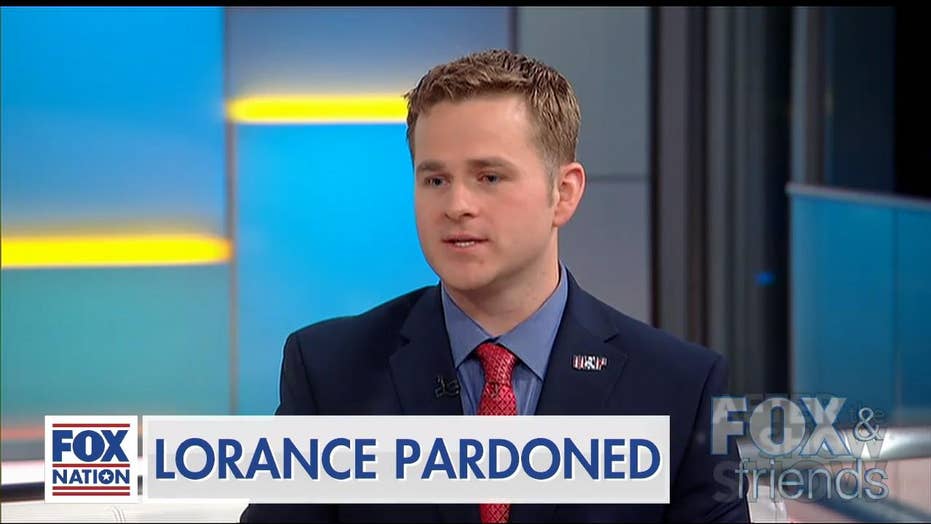 Army First Lt. Clint Lorance served six years in Leavenworth prison before President Trump pardoned him last week, and the soldier had one request upon his release.

"Pizza... it was the best pizza ever," Lawrence said when "Fox & Friends" host Ainsley Earhardt asked him how he celebrated his freedom.

Lorance, 34, appeared on "Fox & Friends" earlier this week for his first interview since being released from a 19-year sentence for second-degree murder. He had been charged with ordering troops to open fire on three men riding motorcycles in Afghanistan in July 2012, after his commanding officer had been injured.

Two of the men were killed. Lorance later was convicted after several members of his own platoon testified against him. President Trump got word of his case and granted him clemency last week amid some opposition -- including from 2020 presidential candidate Joe Biden.

Discussing the emotional interview on Fox Nation's "After the Show Show," the "Fox & Friends" hosts praised Lorance for his humility and loyalty to his country and shared some of the lesser-known details of his case. 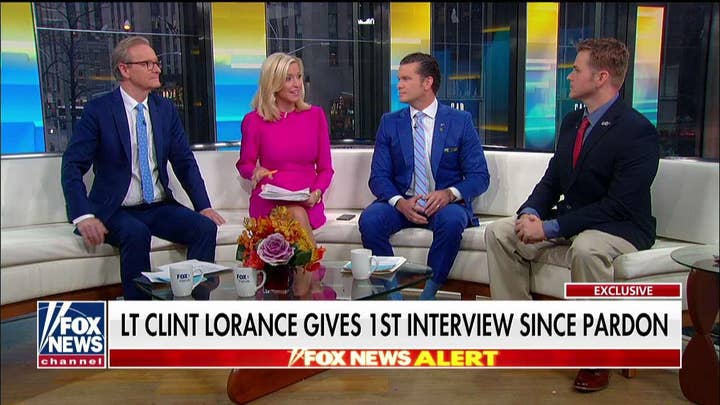 "He was a brand new platoon leader who saw people on a motorcycle who he believed to be Taliban... he ordered his platoon to fire... he didn't even pull the trigger himself... turns out they didn't have weapons on them but what they found out, later on, is that their DNA was tied to Taliban bombmakers. They were Taliban bombmakers," said co-host Pete Hegseth.

SOLDIER PARDONED BY TRUMP IN FIRST INTERVIEW SINCE PRISON RELEASE: 'I LOVE YOU SIR'

"Thankfully the president learned about his story, took action, pardoned him and he was out by midnight on Friday night. He went to see his family for a day, and then he flew out here to come see us," Hegseth added.

"And eat pizza," Earnhardt chimed in.

Co-host Janice Dean said she was taken with Lorance's positive attitude despite what he'd experienced, referencing his earlier remarks from the "Fox & Friends" interview.

"I can't say enough. You know, I'm so happy to be an American," he told Fox News. "I'm just so glad that we're part of this amazing country, and it's got such great, impassioned leadership, and it's amazing," Lorance said.

"What a humble guy," Dean responded. "He was so... grateful to this country and it was just unbelievable."

"You would think that his attitude would be different towards our country because he served... and then was put behind bars," Earhardt added.

"That's a kid right there, and he's been in prison for six years... Once you read [his case] and understand it... with all of its complexities, you say... second-degree murder makes no sense," Hegseth said on the Fox Nation show.

Lorance told viewers he was "homeless, jobless," and was wearing the only clothes he had to the interview -- adding that he was overwhelmed with gratitude toward the president.

"I love you, sir. You're awesome," he said. "I'll say this, Mr. President, I wish you had a better team around you. You need more people watching your back, and I think you don't have a lot of that... that is absolutely unfortunate... and that infuriates me to no end."

As far as plans for the future, Lorance said he looked forward to getting used to everyday life, but the "Fox & Friends" hosts had some suggestions of their own.

"He should run for office because he's very well-spoken," Earhardt said, "and maybe write a book."

To hear more from the hosts discussing their impression of Lorence and his incredible story first hand, join Fox Nation and watch the latest episode of "After the Show Show" today.