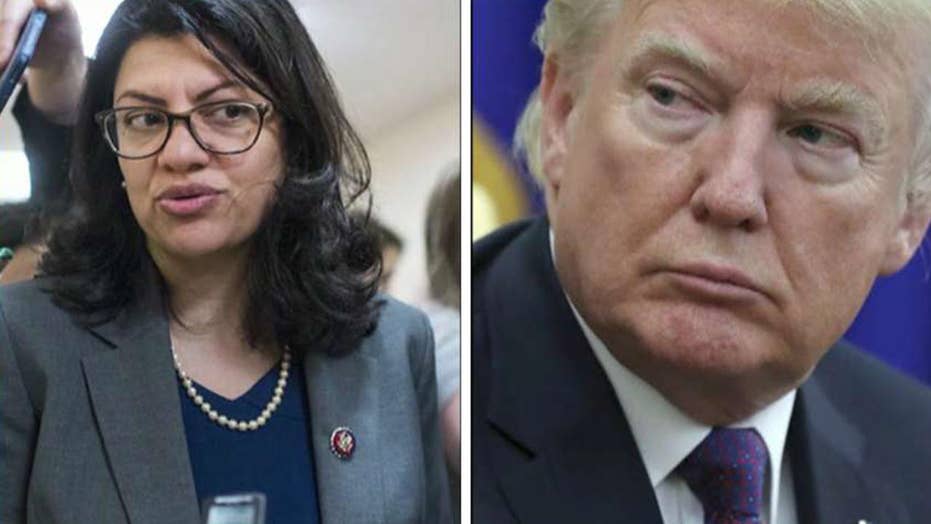 Trump blasts Rep. Tlaib over her refusal of Israel's offer

"Who uses their aging grandmother as a pawn to make a political point in what is really kind of a stupid political kerfuffle to begin with?" Hurt said during a Saturday appearance on "Fox & Friends."

"There's something really wrong with someone that does that ... we shouldn't let politics become this big of a deal in our personal family lives. It's really ridiculous," Hurt added.

Hurt's comments came after President Trump accused Tlaib of engaging in a "setup" when she sought permission to make a humanitarian visit to see her grandmother in the West Bank. The Israeli government initially rejected her bid to enter, arguing that she and Rep. Ilhan Omar, D-Minn., sought to promote boycotts against the Jewish state.

Israeli interior minister Aryeh Deri granted her request, which contained a pledge not to promote boycotts. Tlaib later backed out of the trip, claiming that she didn't want to be treated like a criminal.

"I have decided that visiting my grandmother under these oppressive conditions stands against everything I believe in--fighting against racism, oppression & injustice," she said.

Hurt agreed with Trump in arguing that the incident was a "setup." "I don't know how you could determine anything else from this chain of events," he told "Fox & Friends."

By publishing time, Tlaib had not responded to Trump's accusation.