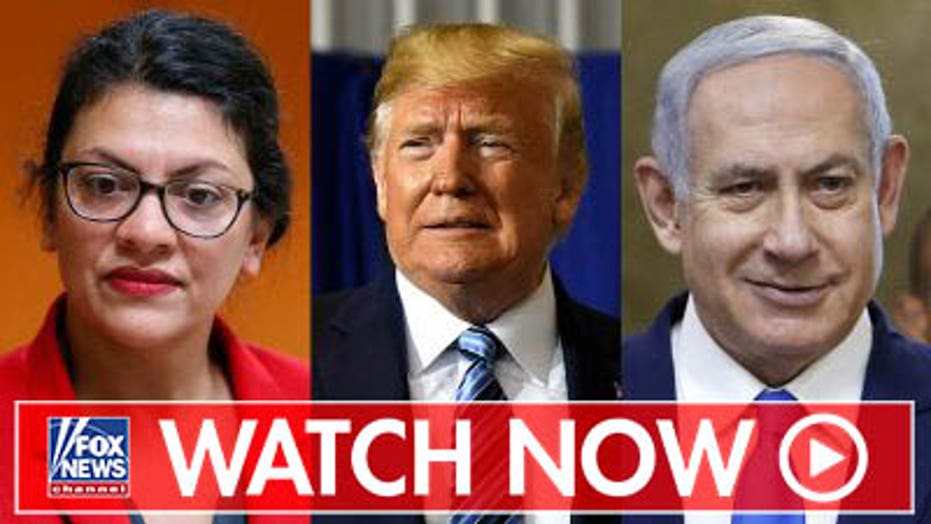 The Five reacts to Rep. Tlaib's curtailed trip to Israel

The Five reacts to Rep. Tlaib's curtailed trip to Israel

Events surrounding a now-curtailed trip to Israel by Rep. Rashida Tlaib, D-Mich., show the freshman lawmaker wanted to cause trouble, according to Greg Gutfeld.

However, Gutfeld's co-host Juan Williams claimed Friday on "The Five" that it was President Trump who had acted inappropriately in regard to the itinerary.

"She wrote a letter saying she dearly needed to see her very old grandmother," Gutfeld said of the Detroit-area Democrat.

"And, Israel approved. And then she said, 'Ah, you know what, I'm not going to do it.' So, she used her elderly grandmother as a prop for a stunt. 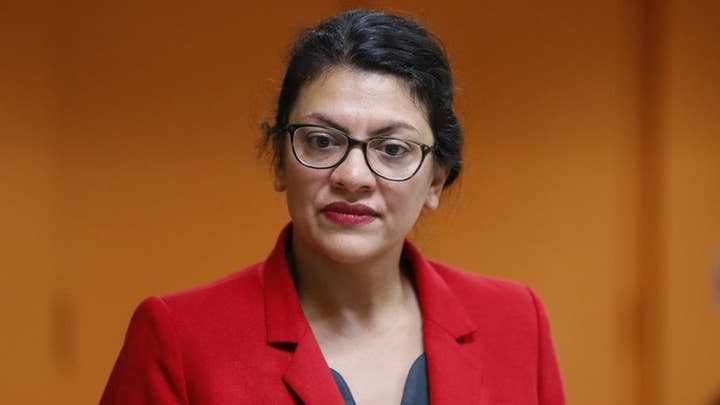 "Let's not forget the trip that she was planning ... was put together or planned with an anti-Semitic group."

"If someone is going to your house specifically to vandalize it or destroy it, you shouldn't have them there," he said.

"Then she used her grandmother as a Trojan horse to get in. It's disgusting."

However, Williams had another view, instead calling Trump's actions "disgusting." 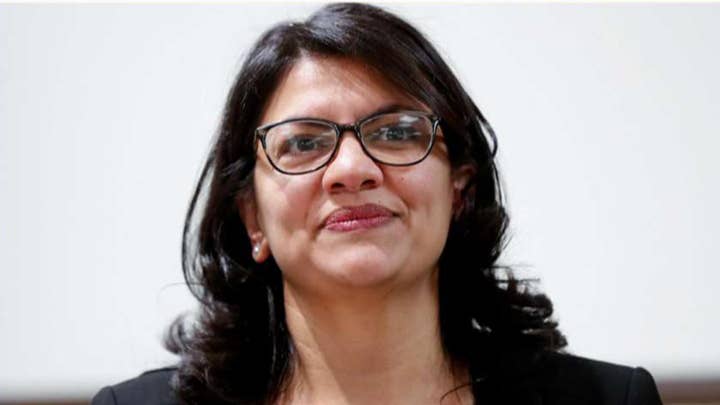 "President Trump going to a foreign country and saying that a member of our Congress can't travel to your country -- and our president is working against the U.S. government? It's outrageous," he said.

"He wants to make these four somehow the face of the Democratic Party," he said of progressive freshman House members, Tlaib among them, who comprise "the Squad."

In making the initial decision preventing entry in an official capacity, Netanyahu said travel plans by Tlaib and Rep. Ilhan Omar, D-Minn., referred to a trip to "Palestine," not Israel, and the congresswomen were not interested in meeting with Israeli officials.

He went on to note that the Palestinian organization that planned the visit, MIFTAH, supports the boycott-Israel movement, and that people associated with the group have supported terror against Israel in the past. 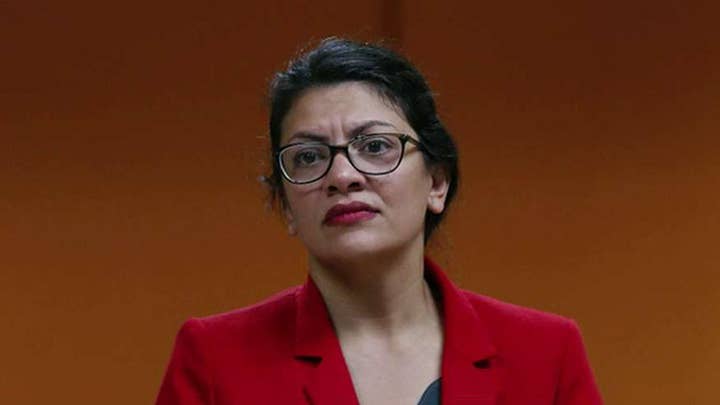 However, in a letter sent to Interior Minister Aryeh Deri, Tlaib had requested a chance to visit her Palestinian grandmother, who lives in the West Bank, according to The Jerusalem Post.

“This could be my last opportunity to see her,” Tlaib wrote of her grandmother, who is in her 90s. “I will respect any restrictions and I will not promote any boycotts against Israel during my visit.”

Tlaib was later given permission to visit, but the Michigan lawmaker turned down the offer.

"I have decided that visiting my grandmother under these oppressive conditions stands against everything I believe in--fighting against racism, oppression & injustice," she tweeted.

"I can't allow the State of Israel to take away that light by humiliating me and use my love for my sity to bow down to their oppressive and racist policies."

On Thursday, Trump said in a tweet it would show "great weakness" for Israel to allow the two congresswomen into the country.