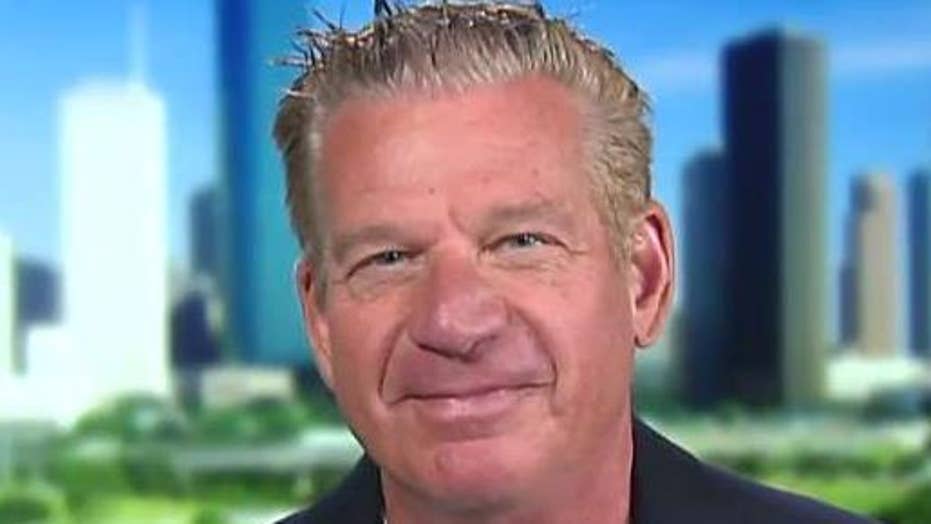 Bill Maher: The Clintons need to go away

Conservative talk radio host Jimmy Barrett weighs in on a possible run from Hillary Clinton in 2020.

Comedian Bill Maher seemed baffled by Sen. Elizabeth Warren, D-Mass., on Friday, suggesting that she was "crazy" in the way she wanted to vet her Secretary of Education.

His comments came after Warren pledged to allow an unidentified "young trans person" to veto her pick for leading the Education Department.

"Is this not crazy stuff?" he said, while also jokingly asking if Warren was running to serve as "President of Berkeley."

Prior to those comments, Maher was discussing Warren's and Sen. Bernie Sanders' candidacies for the Democratic nomination. Maher said that he's "always liked" Warren, but "she kind of [...] did some stuff I didn't like," he said, before discussing Warren's comments about the Education Secretary.

During a campaign event in Iowa Sunday, Warren laid out her decision.

It's unclear who exactly Warren was referring to, but a 9-year-old who identifies as transgender previously asked Warren what she would do in her "first week as president to make sure kids like me feel safer in school." The child then asked, “And what do you think schools should do better so that I don’t have to worry about anything but my homework?”

The initial questions came during a CNN town hall when Warren famously ridiculed conservatives who held traditional views on marriage. The answer appeared to be teed up by a donor who led the liberal organization co-hosting the town hall.

Warren's comments seemed to fit a pattern of making bold pledges surrounding gender. Earlier this month, Warren said she would "build a cabinet and senior leadership team that reflects the full diversity of America, including having at least 50 [percent] of cabinet positions filled by women and nonbinary people."