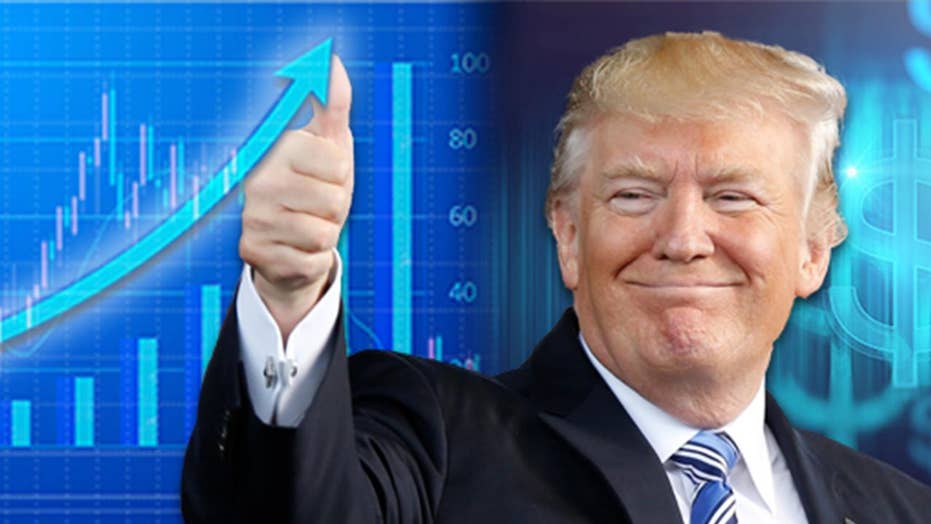 New York Times columnist Paul Krugman admitted that the U.S. economy has been doing well under President Trump after he famously predicted a "global recession" would occur if the Republican won the 2016 election.

In an interview with PBS' "Firing Line with Margaret Hoover," Krugman was asked to react to an attack Trump made against the Nobel Prize-winning economist earlier in the week.

"Krugman is a lightweight thinker who doesn't have a clue," Trump tweeted. "Caused huge economic damage to his [followers'] pocketbooks. He, and others, should be fired by @nytimes!"

"It's amazing," Krugman said in response. "I mean, I'm getting to live rent-free in his head, which is a great thing, I guess."

Host Margaret Hoover then pivoted to the "massive economic downturn" Krugman forecasted in 2016. Krugman acknowledged that he had "reacted badly" and retracted his prediction three days after the election.

"Look, you know, a motivated reasoning, I criticize that in other people and in fact the odds are, at least for a little while, we'll probably get a little bit of a boost because he'll be running bigger budget deficits, which is pretty much what happened," Krugman recalled thinking at the time.

"The economy is doing pretty well at the moment. Do you agree?" Hoover asked.

"Yeah," Krugman admitted. "I mean... there's a lot of stuff that we're not taking care of that we should be taking care of, but look -- best estimate is that Trump has added about $300 billion at an annual rate to the budget deficit. That's a big stimulus. That's almost as big as the Obama stimulus at its peak. So, sure."

He then claimed that the results of the stimulus were "little bang for the buck" considering the size of the deficit.

"So the Trump economy hasn't been all bad?" Hoover pressed.

"No," Krugman replied. "I mean, full employment is good. Those of us who were screaming for more stimulus back in the days when unemployment was nine percent still think that some stimulus is good even now."

Krugman was recently criticized by the liberal magazine The Atlantic, which diagnosed him with "Trump Derangement Syndrome" ahead of the release of his book "Arguing With Zombies: Economics, Politics, and the Fight for a Better Future."

"Krugman is substantively correct on just about every topic he addresses. He writes amusingly and fluently. His combination of analytic brilliance and linguistic facility recalls Milton Friedman or John Maynard Keynes. But Krugman can also sound like a cross between a bloodthirsty Robespierre and a rebarbative GIF," economics writer Sebastian Mallaby said.

Mallaby recalled how Krugman "was not a partisan" years ago and acknowledged how the Times columnist believes "he didn't change" but that "politics did" in an attempt to explain his constant hostility towards the GOP.

"Krugman has concluded that politically neutral truth-telling is not merely impossible. It is morally inadequate," Mallaby said about the economist. "By branding Republicans as 'bad people,' he reduces the chances of swaying them. By sweeping all Republicans into the same basket- often without specifying whether he means party leaders or the rank and file- Krugman may obscure more of reality than he manages to expose."