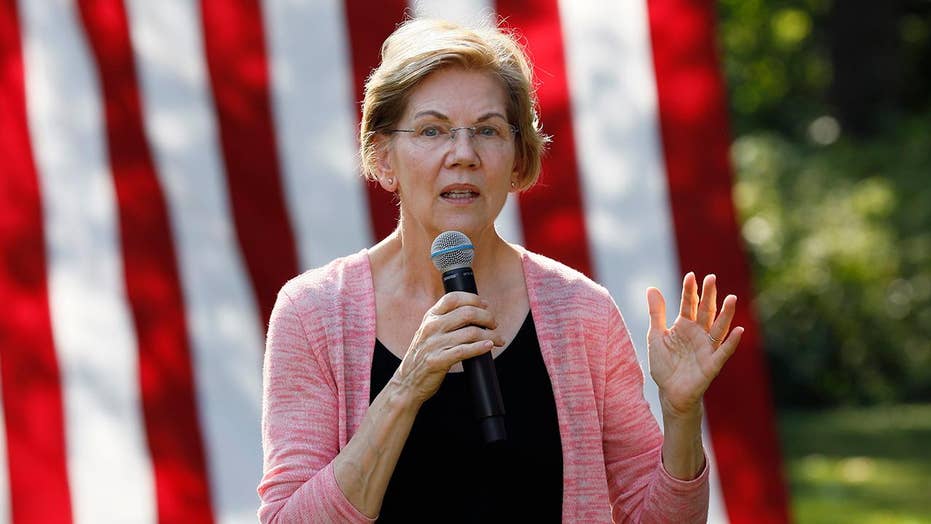 Sen. Elizabeth Warren, D-Mass., received a chorus of praise on Thursday after she dunked on traditional beliefs about marriage -- but was the proverbial pitch grooved to her by a friendly donor?

The man who asked that question was Morgan Cox III, who sits on the Board of Directors for the Human Rights Campaign (HRC). HRC is the organization that co-hosted CNN's "LGBTQ Town Hall" on Thursday and happens to be one of the nation's foremost advocacy groups on the issue. The event was closed to the public and only included invited guests, stakeholders in the movement, and members of “civic organizations,” according to the group.

When Cox was introduced on Thursday, CNN described him as someone tied to a "real estate investment firm in Dallas, Texas." Both Cox's Linkedin profile and HRC's website say he's based in Plano, Texas. His Linkedin profile also notes that he works as a partner at Marquis Group, a real estate firm based in Texas.

Cox, on Thursday, prompted a catchy response from Warren after he asked her: "Let's say you're on the campaign trail ... and a supporter approaches you and says, 'Senator, I am old-fashioned, and my faith teaches me that marriage is between one man and one woman.' What is your response?"

"Well, I'm going to assume it's a guy who said that," Warren told Cox, drawing laughter from the audience. "And I'm going to say, 'Then just marry one woman.'"

After more laughter and applause, Warren let loose an apparent jab at the hypothetical supporters. "Assuming you can find one," she quipped, turning and rubbing her hands together.

ELIZABETH WARREN FACES MOUNTING QUESTIONS ON ANOTHER PART OF HER PERSONAL STORY: WAS SHE FIRED FOR BEING PREGNANT?

HRC is perhaps most well-known for its simple equality logo which features a yellow "equals" sign against a blue backdrop. Its mission statement reads: "HRC strives to end discrimination against LGBTQ people and realize a world that achieves fundamental fairness and equality for all."

The group has clashed with conservatives on issues surrounding religious liberty. It previously lambasted certain laws as "cruel" because they allowed religious adoption agencies to obtain exemptions from serving same-sex couples. In an op-ed from August of 2018, the organization's president compared Trump's Religious Liberty Task Force to oppressive tactics African-Americans faced during the Civil Rights era.

That task force was announced by former Attorney General Jeff Sessions as a way to protect people like the Colorado baker who was sued after refusing to serve a same-sex ceremony.

"The DOJ has a duty to uphold the rights of all Americans — not curtail them based on the extreme ideology of a few," HRC President Chad Griffin said.