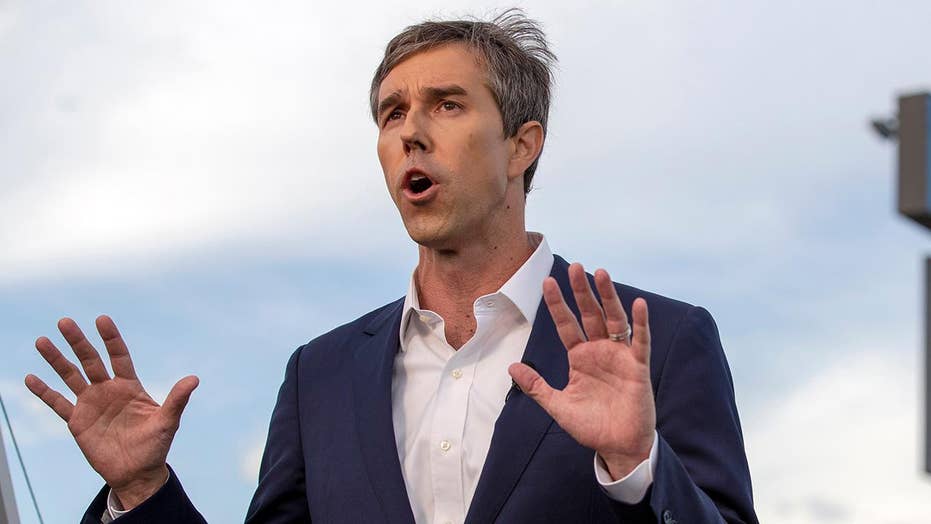 Dan Bongino breaks down the best stories from the 2020 campaigns with News Explosion on 'Tucker Carlson Tonight.'

2020 presidential hopeful Beto O'Rourke blamed the United States for the drought in Guatemala and claimed America's harmful environmental emissions are spreading destruction throughout the world.

O'Rourke was speaking with South Carolina voters Monday at a small rally and said the drought in Guatemala was not caused by "God, nor by mother nature," but climate deniers and citizens who generate large carbon emissions. He also blamed America for helping cause civil war in Central America.

"The people of Honduras, and Guatemala, and El Salvador – reduce violence in their home communities, violence which we are somewhat to blame for – the civil wars we’ve been involved in, the drug trade that we've facilitated, the war on drugs that has militarized and hollowed out their civic institutions in their home countries," the failed 2018 Senate candidate began.

"And Guatemala, suffering one of the greatest droughts in their recorded history, caused not be God nor by mother nature, but by you and me and all of us and our emissions and our excesses and our inaction in the face of the facts, and the science, and the truth."

O'Rourke previously stated in June that the world had only 10 years left to address climate change and wean off fossil fuels before it was too late. He also said climate change could lead to the extinction of the human race in March.

"The clock is ticking," O'Rourke said during an episode of "Pod Save America." "The scientists tell us that there are roughly ten years left to us to free ourselves from a dependence on fossil fuel, to make sure that every single one of us is doing our part, that we're fortifying those communities — very often lower-income and communities of color."

"If I think about the single greatest threat that we face, it’s the fact that this climate is changing," he added.