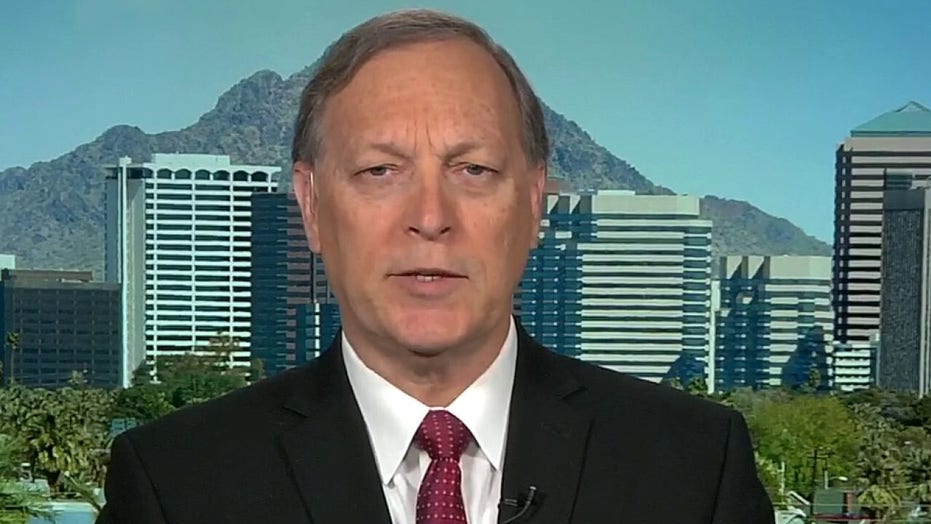 Biggs: Congress isn't the place to provide a one size fits all solution on police reform

Rep. Andy Biggs, R-Ariz., told Fox News Monday that the police reform measures proposed by House Democrats are going to cause a lot of "problems in the future."

“They were long on philosophy and platitudes, but very short on specifics,” Biggs told “America’s Newsroom," adding that "if this passes ... you're going to actually see increases in crime rates because nobody is going to want to be a police officer."

Biggs singled out a portion of the legislation that would lower the threshold for officers to face criminal prosecution by allowing charges to be filed in cases of alleged reckless misconduct, not merely in cases of intentional misconduct.

“You’re going to have some immunity problems," Biggs said, "instead of the department taking immunity, it is going to be the individual and nobody is going to want to put their lives and their family in harm's way.”

The Black Lives Matter movement put out a “call for a national defunding of police” following the death of George Floyd after his arrest by Minneapolis police May 25. Prominent Democratic politicians and celebrities have followed suit.

Meanwhile, hundreds of uniformed law enforcement officers across the nation have suffered injuries during protests that turned violent in some cities.

Biggs said Monday that officers should be required to undergo "deescalation training" and noted that he had introduced legislation to that effect multiple times while an Arizona state legislator.

“Not a single Democrat voted in support of deescalation training," he said. "So, there needs to be de-escalation training for sure, but I’m not sure Congress is the best to provide a unique situation with a one-size-fits-all solution."