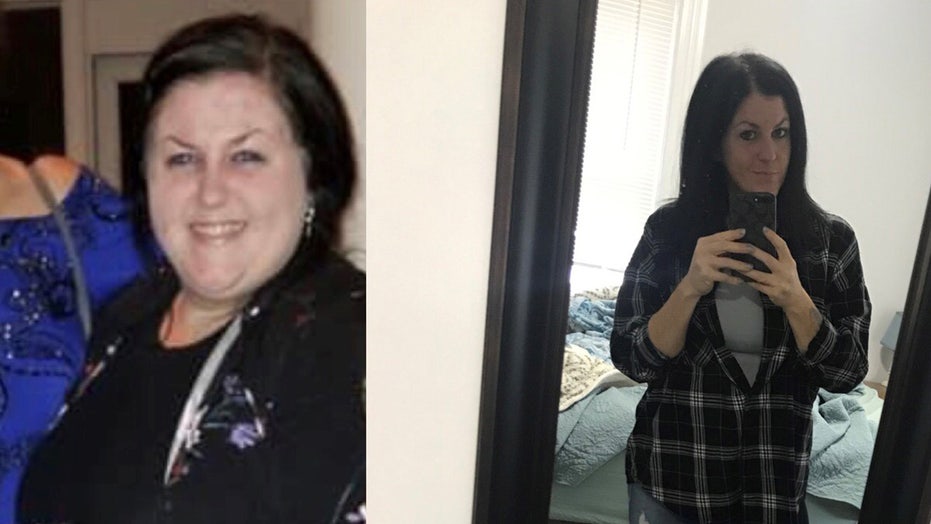 Shannon Newhouse has made her second major weight loss transformation.

Newhouse, 35, from Mechanicville, New York, lost 188 pounds 10 years ago. After regaining most of that weight back, she’s lost another 150 pounds.

Newhouse told Fox News that she "wasn’t really active" for most of her life and when she was in her early 20s, her weight reached past 300 pounds.

Newhouse said that at that point, she started to get nervous about her weight and her health so she joined Weight Watchers and started walking and going to the gym. After about 2 years, she lost 188 pounds and was even featured in People magazine for her accomplishment.

WOMAN LOSES 123 POUNDS AFTER TAKING UP RUNNING IN LOCKDOWN

Newhouse said that she kept the weight off for a few years, but by late 2014 and early 2015, she started to gain some of that weight back and stopped going to the gym.

"I just got caught up in life," Newhouse said. "I gained a little bit, so I started to kind of feel bad about myself."

From there, Newhouse said, the weight "started creeping back on" and by 2020, she ended up gaining almost all the weight back.

"I felt terrible about the weight gain," Newhouse said. "I felt like I just disappointed so many people [and] myself."

Her turning point happened during the coronavirus pandemic last year. Newhouse said that in June 2020, she decided to start changing her lifestyle.

"I had to work from home for a few months and I said, ‘Well, I don’t have any attention on me right now with people at work and my family. Now, why don’t I do it again? I really need to start this process again,’" Newhouse recalled.

Last summer, while she was working from home during the coronavirus pandemic, Newhouse decided it was time to lose the weight again. (Courtesy of Shannon Newhouse)

That’s when Newhouse bought a scale and weighed herself for the first time since about 2015. Her weight had reached 318 pounds, she said.

Newhouse rejoined Weight Watchers and started walking during her hour-long lunch breaks – which eventually turned into jogs. She said her lunch breaks were the perfect time for exercise so she wouldn’t have to get up early before work or miss time with her family after work.

Newhouse joined Weight Watchers and started walking during her lunch break and within a few months, she had already lost 40 pounds. (Courtesy of Shannon Newhouse)

By the time she was back in the office a few months later, Newhouse said she had lost about 40 pounds.

Unlike the last time she lost weight, Newhouse said her focus wasn’t on what she looked like. Instead, it’s all about her health and changing her lifestyle.

"This time around, I’m 10 years older, so… mentally, I’ve just grown up so much," Newhouse said.

She also hasn’t lost as much weight as she did last time. Today, Newhouse weighs about 168 pounds and feels much better than she did 10 years ago, when she weighed about 30 pounds less.

"It wasn’t maintainable," Newhouse said. "I got way too crazy."

She added that this time around, she feels better mentally and doesn’t beat herself up on days where she might eat a bit too much or miss a run. She also said she doesn’t pressure herself to exercise – though she does enjoy it now.

As far as her diet, Newhouse said she cut out alcohol at first, but now she allows herself to have a glass or two of wine a couple of times a week.

Other than that, Newhouse said she hasn’t cut anything out of her diet. Instead, she measures what she’s eating and pays attention to carbs and calories.

"I just feel like nothing can hold me back. I don’t feel [self-conscious]," Newhouse told Fox News. "There’s nothing that I can’t do." (Courtesy of Shannon Newhouse)

Though she’s happy with her current weight and isn’t planning to lose more, Newhouse is still setting goals for herself, to stay motivated.

"I don’t feel [self-conscious]," Newhouse said. "There’s nothing that I can’t do."

Her New Year’s resolutions include "possibly running a 10K," working on her running in general, getting a bit more toned and doing a program called 75 Hard that challenges participants’ mental toughness.

Newhouse said her advice for anyone who might be setting healthier goals for themselves in the New Year is to "take it week by week."

"Make small goals," Newhouse said. "We overwhelm ourselves by saying we will eat healthy and work out and we keep it so vague."

She added: "If you ‘mess up’ don't throw your goal away altogether. Pick yourself up and move on from that bad eating day. Think about where you would be if you stuck it out and think about looking at yourself in 2023 if you completed your health goals in 2022."