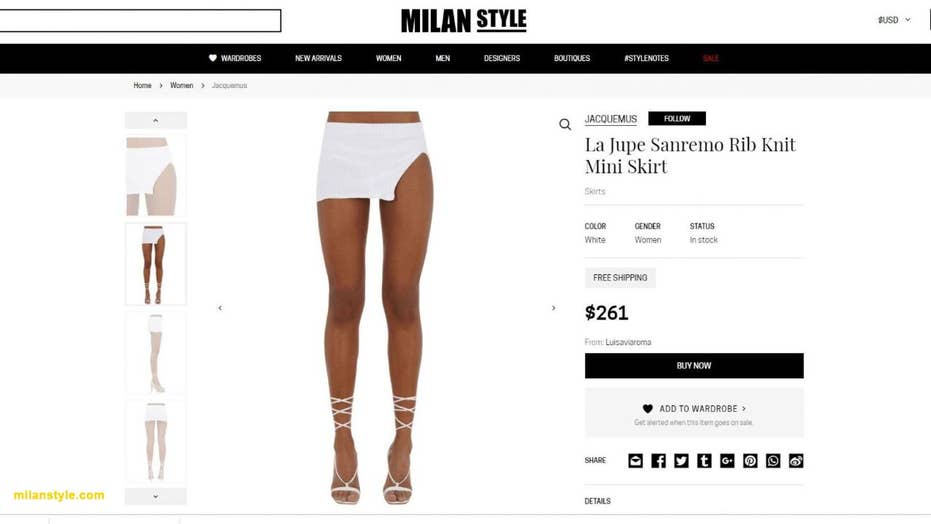 Simon Porte Jacquemus brings a super-tiny miniskirt to the masses with his new design, but some people are comparing the miniscule appearance to a hand towel.

Another day, another head-turning item from Jacquemus.

Despite its size, however, the skirt – which has been described as a “glorified loincloth” by the New York Post – is currently selling for $260 and $261 at online retailers including Luisaviaroma and Milan Style, respectively.

More than a few commenters on Twitter seemed to agree that the ribbed skirt looks more like a towel.

“Looks like me when I shower in a hotel and all they have in the bathroom is hand towels,” one man wrote.

“U can hit the dollar store for that bar towel,” another Twitter user said in response to the price of the tiny skirt.

Similarly, design website Design Taxi likened the expensive item to nothing more than a “paper towel.”

At least one commenter, however, seemed to appreciate Jacquemus’ design.

Jacquemus’ skirt, meanwhile, at least appears to provide more coverage than a “front thong bodysuit” marketed by Boohoo — the advertisements of which were described as being “disturbing on so many levels” after photos of the item went viral last month.