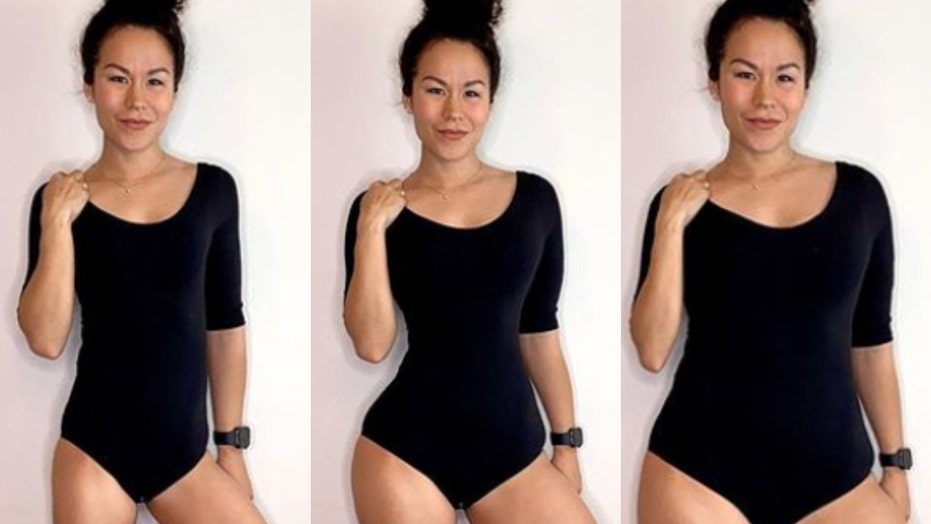 An Instagram blogger is calling out the impossible body standards for women in a series of edited photos of herself depicting the “perfect female body through the decades.”

Sia Cooper, who blogs about fitness and parenting, shared altered images of herself wearing a black leotard.

The intent was to demonstrate to her more than 1 million followers how she would look if she had what was considered a woman’s perfect body during certain eras, from the Roaring ‘20s to the present day.

Cooper takes her followers through history in a photo-collage time machine, showing how the standards for women have changed over the decades. In the 1920s, for example, the preferred body type was more “boyish.”

“Women even opted for short hair. Boobs and waists didn’t matter and women felt liberated as they were,” Cooper explained.

Fast forward to the 1950s Hollywood era, and things significantly changed, she points out.

FITNESS INFLUENCER REVEALS 'LOOSE SKIN' ON INSTAGRAM, GETS CALLED OUT BY FANS: 'WHERE?'

“Women [focus] on curves-think Marilyn Monroe. They didn’t care about weight, but a slimmer waist was ideal. Playboy was also introduced in this era,” Cooper wrote.

The era of the supermodel in the 1980s placed more focus on tall and athletic bodies like Naomi Campbell and Cindy Crawford. And in the “Heroin 90s,” Cooper says, women began focusing more on the “waif” and androgynous aesthetic.

Cooper ends the photo experiment with the “postmodern beauty” standard of today, arguably led by the likes of Jennifer Lopez and Kim Kardashian.

“Big boobs and butts and flat tummies are on the rise,” Cooper wrote. “Women also turn to plastic surgery to achieve their desired look. Women are unhappier than ever with their appearance.”

Given the frequent changes in women’s beauty over the decades, “it’s no wonder why we are all so obsessed and screwed up with our self appearances,” she noted. “We’ve let society tell us how to look for YEARS-it’s nothing new.”

Instead of being led by society’s standards, Cooper said, the only way to truly be happy is to focus on “self-acceptance” and “body love.”

“Make this the decade you choose to forget what the media says and choose to love your own self as you are,” she added.

“This is profound! You are an inspiration and setting a new standard for women,” an Instagram follower commented.

One follower shared that Cooper’s frequent messages of empowerment even helped her beat her battle with an eating disorder.

“I may not always love how I look now, but I’m healthy and working toward a healthier life in a GOOD way,” the follower wrote. “Thank you for being awesome.”