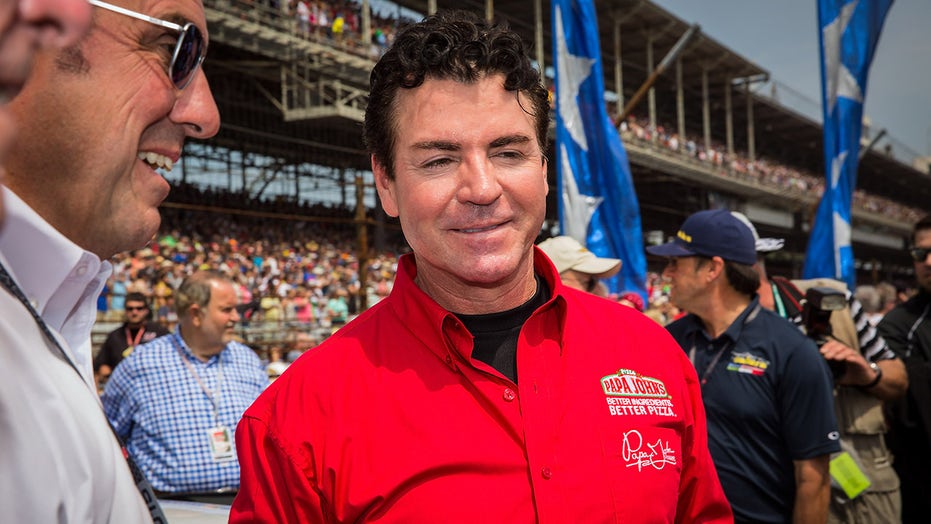 “Papa” John Schnatter is giving the Internet a pizza his mind.

Schnatter, the founder and former CEO of Papa John’s, appeared on a recent episode of the H3 Podcast to discuss his ousting from the company, but he also touched on his future plans, and shared his thoughts on the current state of Papa John’s pizza in the wake of his departure.

Schnatter resigned as chairman of the company in July 2018, following backlash over his use of a racial slur during a conference call with company executives and a marketing firm known as Laundry Service.

In later interviews, Schnatter claimed he had only used the slur to demonstrate his opposition to racism, a sentiment he reiterated on Monday’s episode of the H3 Podcast.

“There’s no tolerance for [racism] in my family and my upbringing,” Schnatter said on the H3 Podcast. (Photo by Michael Hickey/Getty Images)

“I was pretty sure of what I said, and I know my heart, I know how I feel about this issue,” Schnatter told H3 hosts Ethan and Hila Klein, explaining that he even felt confident that, when the tapes came out, people would understand the context in which he used the word.

“I said, ‘Colonel Sanders used the N-word, I had never used that word,’” Schnatter claimed. He did, however, clarify that he uttered the actual word when alleging Colonel Sanders’ use of the slur.

“There’s no tolerance for [racism] in my family and my upbringing,” Schnatter added.

He also suggested that he was prodded into using the racial slur during the conference call, which had been set up for training purposes following comments he made concerning the NFL’s kneeling controversy. (In Nov. 2017, Schnatter publically blamed Papa John’s struggling third-quarter sales through football season on the NFL’s handling of players' national anthem protests. At the time, the Louisville-based chain was the official pizza sponsor of the football league.)

“I think they were trying to agitate me,” Schnatter said of the Laundry Service executives. “They kept pushing and pushing.”

As for who wanted him gone, Schnatter said he believes the board of Papa John’s may have wanted to assume control to pursue their own self-interests. However, Schnatter stopped just short of calling the alleged machinations a “conspiracy” when asked by the hosts.

In the meantime, he says, no one is benefitting from his ousting.

“It’s back to, it’s a lose-lose-lose,” he said. “Until this gets clarified, and the public can digest really what happened, I think it’s going to have consequences on Papa John’s business health.”

Speaking of the current state of Papa John’s, the H3 hosts asked Schnatter to rate multiple pizzas from a nearby chain — and he was somewhat less than impressed.

The problem, he claimed, is that Papa John’s no longer trains employees to create pizza to the standards of a 10-point scale that was previously implemented under his tenure.

“There’s three things that make a great product: consistency; how you put the product together, [for example] a 10-point scale; and ingredients.”

He also blamed the dip in quality to “corporate geniuses” who were cutting corners, like no longer implementing the 10-point scale or using olive oil in the dough.

During the podcast, Schnatter also shared several other fun facts, including his claim that it costs the company around $20 to $25 million per year to manufacture and distribute its garlic butter with each pizza, and that he probably lives in “one of the biggest” houses in Kentucky.

Don’t get him started on the new “Papadia” pizza-sandwich hybrid Papa John’s introduced only last month, either. While he refrained from saying anything bad about the item, he did liken its construction to that of a “lousy calzone.”

Schnatter added that he's also launching a podcast of his own next week, called "Pizza With Papa," where he visits with entrepreneurs and local businesses to — what else — talk pizza.