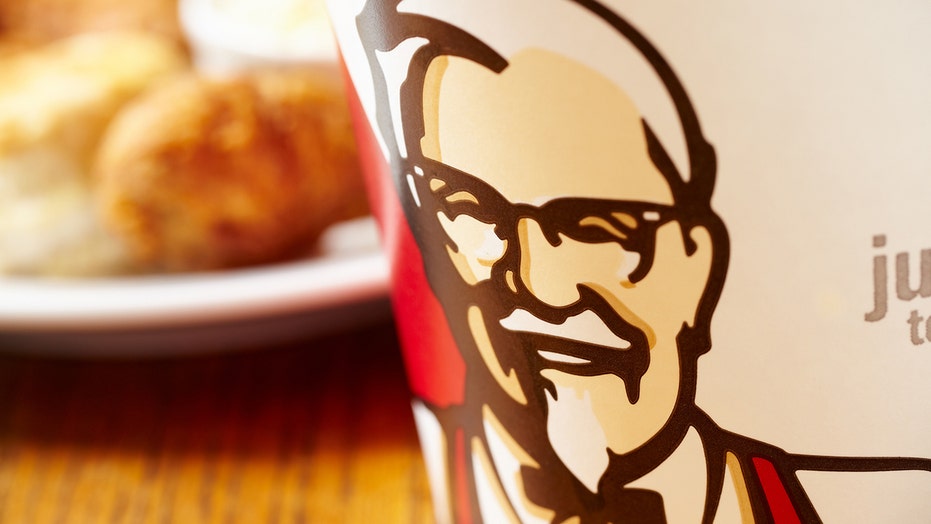 A woman at a KFC in California was filmed screaming at employees — and even jumping on the counter of the restaurant — after she was allegedly refused service for not wearing a mask.

Footage of the Kentucky-fried fiasco shows the maskless woman first becoming aggressive with a female employee before quickly jumping on the counter and yelling, “Gimme something to f---ing eat! I’m hungry!”

The woman then directs her largely unintelligible rant at a male employee, at one point daring him to call the cops. She also threatens to “stab” the female employee unless she gets “something to eat” immediately.

In a subsequent video, the woman clarifies her order (“mashed potatoes and chicken!”) despite being told that she won’t be provided with food.

“You don’t even work here!” the woman yells back at the KFC employee, who, quite clearly, does indeed work at the KFC.

Shortly afterward, the woman marches across the counter and kicks over a promotional sign on the far side. She again demands to know why she cannot be provided with food, at which point an employee tells her she needs to be wearing a mask.

“F--- you!” she screams back. She also appears to threaten the employee with further aggravation when he “get[s] off work.”

The woman eventually hops off the counter and heads for the door, at which point another customer offers to get her a spare mask he keeps in his car. At this point, however, the woman claims she doesn’t “give a s---“ anymore and decides that the kitchen of the restaurant is “disgusting.”

The incident unfolded at a KFC in Fresno, Calif., according to the woman who posted the clip to social media.

Representatives for KFC or its parent company, Yum! Brands, were not immediately available to comment on the footage.

The woman who shared the video to Facebook and TikTok says the incident took place at a location in Fresno.

Meanwhile, this fast-food meltdown is just one of several observed in recent months, most of which appear to have escalated over the customers’ refusal to wear masks. In one recent incident at a Taco Bell, a mask-free woman berated customers, used a racial slur, and claimed she was “Charlie f---in’ Manson’s daughter” when she was denied service. Similar outbursts have been reported at McDonald’s and Burger King locations, among others.