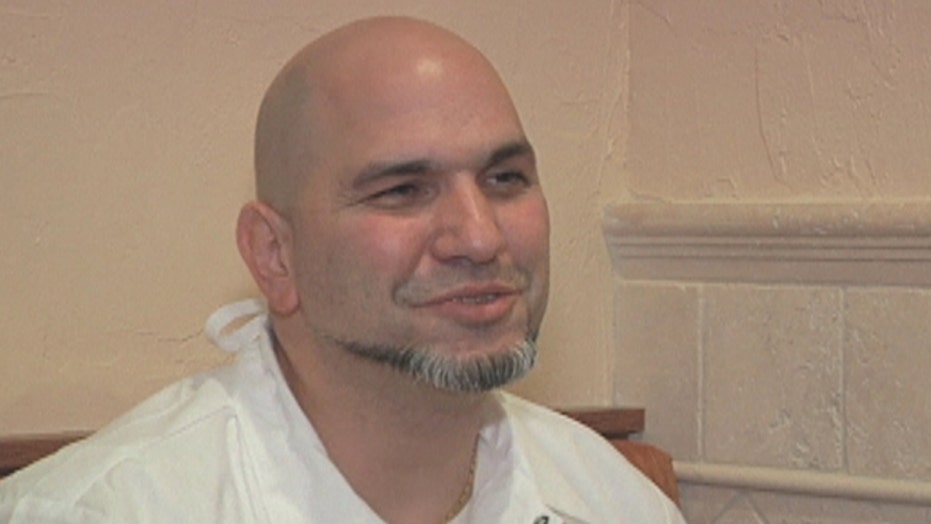 Acclaimed chef Michael Psilakis, known for his Greek comfort food, is as natural in the kitchen as he is on the small screen.

Best known as the 2012 winner of the BBC’s cooking adventure show “No Kitchen Required” — he’s also the program’s co-executive producer — he’s got many cooking awards to his name, including a Michelin star for his now-closed New York City restaurant Anthos and “Chef of the Year” by Esquire Magazine.

So it may be surprising to hear that his initial career path was headed in a very different direction.

"...when you are sitting at home and thinking to yourself, what should I eat tonight? The choices are pretty much American or Italian or Asian or Chinese or Japanese. Greek food doesn't really fit into that equation yet."

"Becoming a chef chose me,” he said. “It wasn't really something I thought about. I went to school for accounting; I was getting ready to go to law school. I started waiting on tables and fell in love with the restaurant industry."

Psilakis was determined to take that love to the next level. He owned his first restaurant at 23. With a background in business, his main goal wasn't churning out the dishes his restaurant served, until his chef didn't show up for work one day. "I ran into the kitchen to do the best I could,” he says, “and really found the place that was home for me."

Now he hopes his patrons feel as “at home” in his restaurants as he does. "I hope that I can show someone that you can use food as a vehicle to create an environment where you, your family, the people that you love will come together and create a memory that hopefully later on as you grow will bloom into more memories for your children," he says.

But Psilakis says it took a life-altering experience to get to this place, and that his early days were more about the art of cooking. "I was really one-dimensional. Worked 18 hours a day in the kitchen. I didn't know what was going on in the world. I didn't know if it was raining or sunny, or the day of the week. I had no clue. And I achieved a tremendous amount of critical success from that period.

“But when my father passed away, all of that just didn't mean as much. It wasn't important anymore, and what I realized was that the memories that I had with him revolved around food in a way that I never used it before."

That was the motivation that propelled him to the next level of his career. Psilakis teamed up with restaurateur and The Food Network's Iron Chef America judge Donatella Arpaia to open a series of successful restaurants. Though the two have parted ways, they remain co-owners of New York's Upper West Side staple, Kefi, which just reopened after a water main break flooded it.

"She became somebody who started to take interest in food. I became somebody who had an interest in restaurants. So we sort of went on our own way, but I think that the relationship that we had allowed us to develop the platform that was necessary for us to grow. And that growth allowed us both to achieve our own individual growth, which is the most important part of it."

Right now Psilakis is interested in making Greek food a staple for American diners, beyond the five restaurants he currently owns.

"I am trying my best to take Greek food out of the genre it's sat in for a long time and bring it into the mainstream. People here in New York – and maybe in the U.S. – look at Italian food as American food today. Like when you are sitting at home and thinking to yourself, what should I eat tonight? The choices are pretty much American or Italian or Asian or Chinese or Japanese. Greek food doesn't really fit into that equation yet."

He hopes his newest un-named venture, under construction in Brooklyn, will do just that. He believes the simplicity, accessibility and familiarity of Mediterranean ingredients are what surprise most people about the cuisine. And more importantly, back to his roots, the idea of sitting around a table, enjoying a meal, and making it an experience -- an experience that's even surprised him.

"Who would have thought 15 years ago that I would be cooking food, owning a restaurant in Manhattan, as many restaurants that I have owned, traveled the world, cooked for unbelievable people, presidents, kings? It's just been a magic carpet ride. You never really sit down and think OK, this is what I want to do with my life and it's going to end up like this. For me, it was just taking it as it comes, and fortunately, it's worked out pretty well."