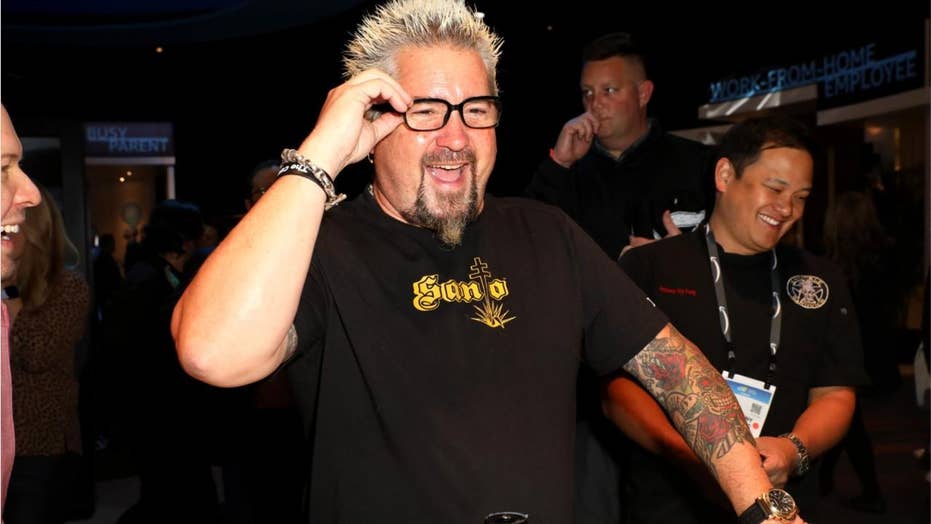 Way more than you've ever wanted to know about Guy Fieri

5 things you might not know about the Mayor of Flavortown, Guy Fieri.

Few chefs are as widely known as Guy Fieri. He’s a successful restaurateur, a bona fide “Food Network Star” (by way of winning the reality series of the same name back in 2006) and a larger-than-life TV personality, all while maintaining his duties as the acting (and only) mayor of Flavortown USA.

But how much do we really know about this “Guy”? Not enough, we say!

In honor of Fieri’s 52nd birthday, we’ve compiled a list of five fun facts about Fieri that every fan should know, starting with — appropriately — his birth:

As amusing as it may be to imagine, Guy Fieri wasn’t born unto this world with frosted tips, wearing a flame-embroidered button-up. But while everyone knows this in the backs of their minds, they may not know that Guy Fieri wasn’t actually born “Guy Fieri,” but rather Guy Ramsay Ferry. According to People magazine's in-depth tome on Food Network stars, he changed his name to Fieri as an adult, to honor his great-grandfather, whose name was changed to “Ferry” after emigrating from Italy.

Further evidence of this was allegedly found by Las Vegas University students at Fieri’s old fraternity, who found his frat photo after he became a celebrity chef.

#2. Fieri’s foray into food started with a pretzel cart

Fieri started his culinary journey not in a classic 1967 Chevy Camaro, as one might expect, but rather on a three-wheeled pretzel cart. According to his Food Network Biography, Fieri (then Ferry) began selling soft pretzels at the age of 10, from a cart he and his father built and dubbed the “Awesome Pretzel” cart.

Since making it big Guy Fieri’s Cooking With Kids Foundation has also donated several “Awesome Pretzel Company” carts to schools across the country to help children learn how to run small businesses, and earn money for local programs.

#3. Matthew McConaughey spoke at his Hollywood Walk of Fame ceremony

As he explained during Guy Fieri’s Walk of Fame ceremony in May 2019, Matthew McConaughey — yes, the Matthew McConaughey — explained that “Diners, Drive-Ins and Dives” quickly became his favorite show when he was road-tripping around the country “15 years ago,” prompting him to seek out Fieri’s phone number. He called and asked Fieri for restaurant recommendations, and Fieri was more than happy to map out some “go-to” places on McConaughey’s route.

They met in-person once McConaughey got back to Los Angeles, and they’ve been friends ever since. McConaughey and Fieri have even appeared in cooking segments together, including a recipe video for McConaughey’s Just Keep Livin’ Foundation and a visit to a Texas restaurant on “Diners, Drive-Ins and Dives.”

Fieri doesn’t love everything he eats on “Diners, Drive-Ins and Dives.” As he’s explained on a few occasions, some of the dishes, or even the restaurants he visits, are duds. And when that happens, he doesn’t air the segment.

“Trust me, if I don’t like it, you don’t see it. There’s been locations we’ve walked out of,” he said in a 2016 edition of Yahoo’s online BUILD series.

He also outlined the process of vetting the restaurants seen on the show, explaining that his production team first finds the eateries before Fieri himself studies the menus and the dishes he’d like the chefs to demonstrate. And then, when it comes time to film, the crew hits “three locations a day,” he claims.

“But I spend a lot of time in the gym for it,” he said. “I have a real regimen, I do a lot of green juice in the morning, get all that, get those natural enzymes working… I stay on top of my game.”

In addition to giving away those pretzel carts through his non-profit Cooking With Kids Foundation, Fieri has worked with the Make-a-Wish Foundation and Best Buddies International, and he routinely hosts barbecue events for victims and/or evacuees of the wildfires in his home state of California. And in the wake of the 2017 shooting in Las Vegas, Fieri organized his fellow Food Network chefs to thank 3,000 of the police officers, firefighters, EMT workers and doctors who helped out during the tragedy.

“They got to have the biggest, kickass party, and it was f---ing unbelievable,” he told Delish of the dinner.

“Whenever you have a chance to, as soon as you get a chance to recognize how lucky you are, now is the time to start to recognize how unfortunate a lot of other folks are and it’s time to help,” he once said in an interview with chef Robert Irvine. (Roger Kisby/Getty Images for Amazon Devices and Services)

Fieri, who added that he considers chef José Andrés and his charitable work a big inspiration, has also said he feels a duty to help.

“I don’t devote my entire world to it. I’ve got a family and a business and these things, but there’s so many opportunities to help folks that need the love and support.”