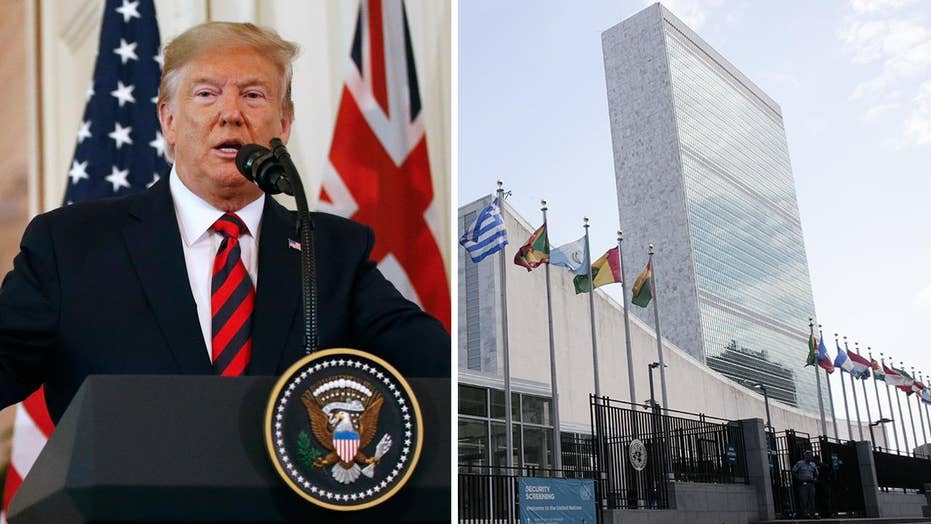 The issue of religious freedom is a growing concern around the world and here in the United States. It will be topic No. 1 when President Donald Trump addresses the world body at the United Nations Monday.

Tony Perkins, president of the Family Research Council, heads the U.S. Commission on International Religious Freedom and said the president has a tricky challenge.

Protecting religious freedom seems like a no brainer. The State Department's recent ministerial on religious freedom emphasized that there are economic benefits when countries provide a safe place for people to worship freely and without fear.

But the difficulties come when countries try to mask and hide religious persecution.

"There are governments who do use the guise of protecting against terrorism, anti-terrorism efforts, to persecute religious minorities, and we have to call that out where we see it," Perkins said.

Case in point: Turkey and the arrest and two-year imprisonment of Pastor Andrew Brunson. His release came last year only after a full-court press from the State Department and President Trump himself.

While the United States is founded on the bedrock principle of religious freedom, the rest of the world isn’t so lucky. According to Open Doors USA, a non-profit watchdog group, nearly 80 percent of people worldwide live in countries with high restrictions or hostilities against religion.

Sam Brownback, ambassador-at-large for International Religious Freedom, chastised China for waging a war on faith. In China, he said, “a number of churches [are] being torn down, pastors thrown into jail. But it doesn’t stop there. Tibetan Buddhism -- that has been persecuted for decades… continues to be. And then the Falun Gong spiritual movement, many have been arrested.”

Because China and other countries with sketchy records on religious freedom want to play on the world economic stage, they have obligations to adhere to certain standards of conduct.

“It really is something important for China to step up and to actually follow their constitution and the UN Declaration of Human Rights to provide for Religious Freedom,” Brownback said.

Perkins said President Trump should focus on four things in his UN speech: Encourage countries to train diplomats on religious freedom; condemn the use of counter-terrorism to disguise religious oppression; condemn the suppression of religious freedom through technology; and most of all, strongly encourage the protection of places of worship.

People shouldn’t have to “worship God in fear,” he said.