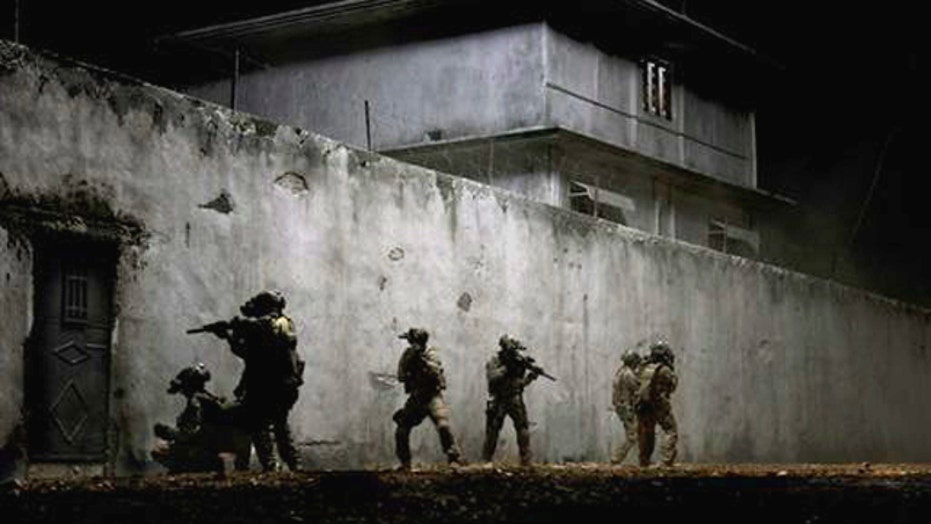 With “Zero Dark Thirty,” Oscar-winner Kathryn Bigelow (“The Hurt Locker”) gives us an up-close and personal look at the “the greatest manhunt in history” and the result is a cold, calculated film effortlessly mining the dark world of terror. While the film may not be the best of the year, its true winner is Jessica Chastain’s knock-out, Oscar-worthy performance.

“Zero Dark Thirty” is a taut, sometimes menacing thriller, but with an almost three-hour runtime, it is a slow burning movie. The film opens with controversial torture scenes then plods along with interrogation after interrogation until the team discovers the identity of Osama bin Laden’s most-trusted courier. Until that time, the film is stagnant, but once it takes flight “Zero Dark Thirty” is a nail-biter all the way to the final raid on Bin Laden’s compound.

Jessica Chastain is Maya, a defiant and precocious CIA operative who, from 2003 to the final day on May 1, 2011, leads the hunt for bin Laden. Along with her team, most notably her partners Jessica (Jennifer Ehle) and Dan (Jason Clarke), Maya feverishly spends nearly a decade sifting through clues and information. Bigelow takes the audience on Maya’s journey from the bombings to the eventual plea to raid the Abbottabad compound based on uncertainty.

While the torture scenes and the SEALS raid bookend the film, it is Chastain’s mesmerizing performance that is most memorable. Chastain is brilliant showing us the dramatic change of character over a ten year period.  The majority of the dialogue in “Zero Dark” is unemotional, centered around data, field-talk and speculation, but Chastain shows all the inner conflict in her tired, exhausted eyes.

“Zero Dark Thirty” is often like a cinematic history textbook as it takes us through some of the past decade’s most horrific moments, from the 2005 London bombings to the 2008 attack on the Islamabad Marriot. Each incident propels Maya further down the rabbit hole, increasing her obsession and isolating her within her own department.

But Bigelow’s film-making chops are best shown during the action scenes. The Navy SEAL raid on bin Laden’s compound really is an incredible piece of cinema.