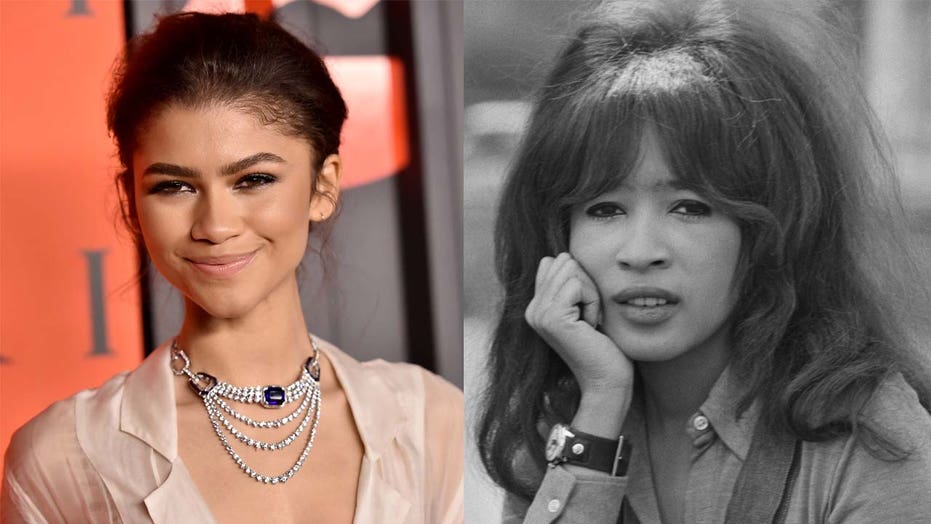 A rep for the star confirmed to Fox News that she is in discussions regarding the picture.

Deadline reports that the flick will be produced by A24 ("Uncut Gems," "Waves") with New Regency, who is behind the actress' upcoming "Malcome & Marie," which was filmed in quarantine.

The film will chronicle Spector's life. According to Deadline, A24 has purchased Spector's life rights as well as the rights to her autobiography "Be My Baby."

Per the outlet, Spector, 77, reportedly hand-picked Zendaya, 24, for the role, just as Aretha Franklin chose Jennifer Hudson to portray her in "Respect."

Zendaya is in talks to play Ronnie Spector in an upcoming biopic. (Photo by Richard Shotwell/Invision/AP, File)

Pulitzer Prize-winning playwright Jackie Sibblies Drury is rumored to be writing the script.

A member of the Rock 'n Roll Hall of Fame, Spector grew up in Spanish Harlem and formed The Ronettes with her sister Estelle Bennett and cousin Nedra Talley. Eventual the group was signed to a label owned by the infamous music producer Phil Spector.

That professional relationship spawned such hits as "Be My Baby" and "Baby, I Love You." But the group broke up in 1967 and a year later she married Spector. While the music has stood the test of time, the marriage did not with the couple divorcing in 1974.

In 2008, her music impresario ex-husband was convicted of the murder of actress Lana Clarkson.

ZENDAYA ON BECOMING THE YOUNGEST ACTRESS TO WIN AN EMMY FOR LEADING DRAMA SERIES: 'I STILL CAN'T BELIEVE IT'

Ronnie Spector's career enjoyed a comeback in 1986 when she was featured on the late Eddie Money's hit, "Take Me Home Tonight." The song rose to number four on the Billboard Hot 100 charts.

Zendaya recently became the youngest actress to win an Emmy for outstanding lead actress in a drama series, and the second Black woman to do so, Viola Davis being the first.

The starlet won for HBO's "Euphoria," an A24 production.

No further casting or release date has been announced.

Reps for A24, Spector and Zendaya did not immediately respond to Fox News' request for comment.