Carter is prepping for her upcoming gigs at the Lincoln Center's Appel Room, where she's treating audiences to a night of her favorite covers and original songs in "Long Legged Woman."

Lynda Carter, who famously played Diana Prince in the hit ‘70s series "Wonder Woman," is grateful she has overcome one battle — alcoholism.

"And I didn’t even start drinking till I was in my mid-20s," the former pageant star continued. I would stop drinking for two or three years, then start again and it just felt terrible. That was a long time ago and now I’m very happy."

According to the outlet, there is a history of alcoholism in the actress’ family. And during the time Carter began drinking, she was unhappily married to her first husband, talent manager Ron Samuels.

MOTHER DOLORES HART EXPLAINS WHY SHE LEFT HOLLYWOOD TO BECOME A NUN: ‘GOD CALLED ME’

Since then, Carter has found love again. She and her current husband, lawyer and business Robert A. Altman, tied the knot in 1984. They share two children.

Carter also decamped from Hollywood more than 30 years ago with Altman and currently resides in Potomac, Md.

"It works because we have different personalities," she explained about her lasting marriage. "He’s very smart, very charming and very even-tempered, and while he’s a lot of fun and has a great sense of humor, around people he’s more self-contained. I have always been… attention-seeking!"

She’s also grateful for her time in "Wonder Woman," which aired from 1975 until 1979. The outlet noted Carter was struggling to pay the rent when she got the life-changing role. Carter has since kept busying acting and most recently, appeared in "Wonder Woman 1984" alongside Gal Gadot as the beloved superhero.

"They’re falling apart in a closet somewhere," she chuckled.

INGRID BERGMAN’S GRANDSON RECALLS GROWING UP WITH THE ‘CASABLANCA’ STAR, HOW SHE ENDURED ROMANTIC SCANDAL 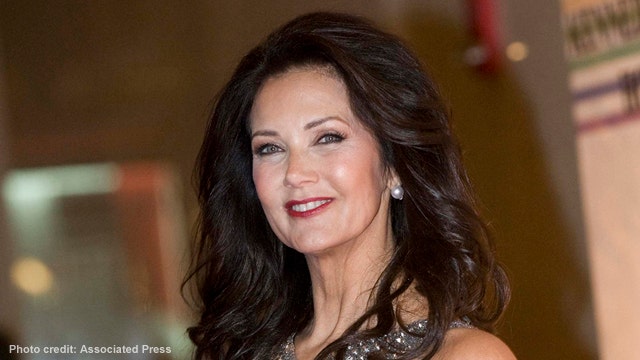 In addition to spending time with her family, Carter has also been pursuing her first love: music. Carter first embarked on her career as an artist before taking part in a beauty pageant and eventually signing up for acting classes.

"People are always trying to put me in a box," she said. "Either I’m too tall, I’m too pretty, [or] I’m too this… or ‘You’re Wonder Woman,’ or ‘You’re an actress,’ or ‘You’re a singer, so you can’t do that.’ I think that people like to put you down to one line – a synopsis of some kind. And I just don’t pay any attention to it."