Miranda Lambert lent a good ole hand – or voice – to Chris Stapleton on Sunday during his performance at the 2021 Academy of Country Music (ACM) Awards.

The Stapletons were set to perform their husband-and-wife duet, "Maggie’s Song," however minutes before the awards were set to kick off, Morgane, 38, had to bolt in order to fulfill a prior commitment, according to People magazine.

"Due to her prior doula commitment, Morgane Stapleton is unable to join Chris Stapleton at the Bluebird as scheduled," the ACMs told the publication in a statement. "Miranda Lambert will instead take the Bluebird stage with Chris tonight for 'Maggie's Song.'"

Stapleton addressed his wife's absence backstage to reporters, telling media members Morgane had been on "baby watch" all night.

Miranda Lambert, right, replaced Morgane Stapleton, left, who was supposed to perform with Chris, center. Morgane reportedly had to drop out due to a prior Doula commitment. (Getty)

"It's always very special and I miss her very much tonight but I was so happy that Miranda agreed to fill in kind of in the last minute," Stapleton told reporters in the virtual press room after his big night.

"I think my sister-in-law is in labor right now. She may be on her way to the hospital. I'm not sure. So my wife was kind of on baby watch -- and for once, not her own baby. But it's been an interesting night tonight. So lots to celebrate. And, you know, the awards are just part of it."

In addition to her performance with Stapleton, Lambert, 37, also kicked off the show alongside Elle King for their recently released duet, "Drunk (And I Don't Want to Go Home)." She is also set to perform again with Jack Ingram and Jon Randall.

Stapleton, 43, is the male leader for award nominations Sunday night, including entertainer of the year, male artist of the year and album of the year. Additionally, his tune "Starting Over" was also up for song of the year, which went to Maren Morris' hit "The Bones."

Meanwhile, Lambert is the most nominated female artist in ACM Awards history with 68 lifetime nominations. 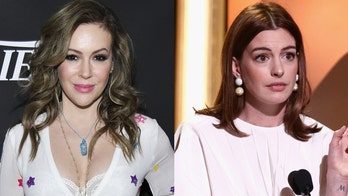 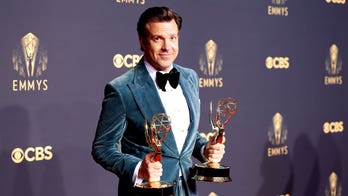 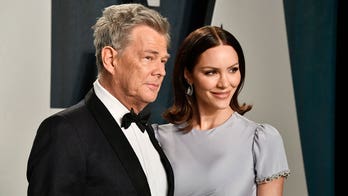