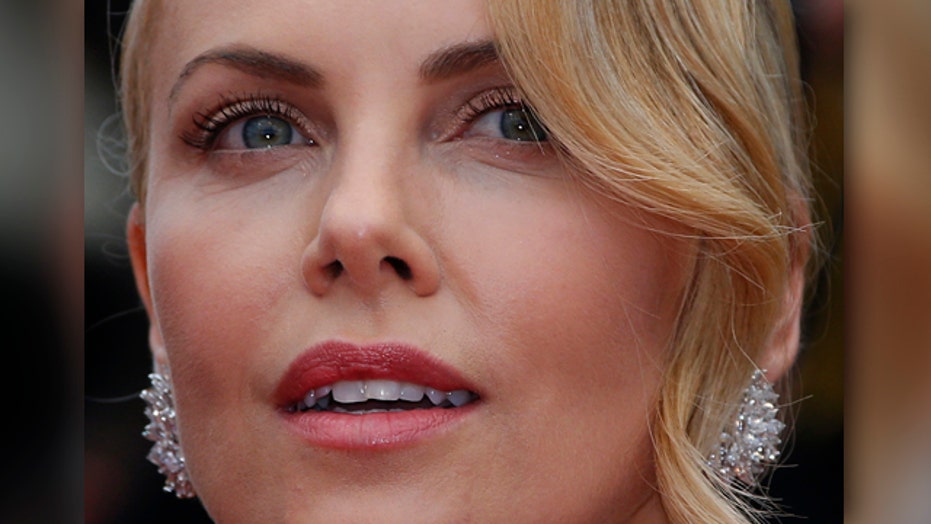 Charlize said WHAT to Obama?

Charlize Theron is making it rain!

The 41-year-old actress turns a barren desert into a gorgeous oasis in a new Dior ad released on Wednesday.

WATCH: EXCLUSIVE: Michelle Rodriguez Dishes on Charlize Theron in 'Fast 8': She's 'the Most Powerful Villain' Yet

"I touch the rain," Theron says in the spot while soaking herself in a desert thunderstorm. "I look at the sun, and it says run."

"I watch it all turn. The water, the earth, the sun and me," she recites while frolicking around the fresh oasis in a barely-there gold dress. "J'adore. We are gold."

Theron seemed to give fans a little behind-the-scenes footage of the Dior shoot in June.

"#FBF to earlier this week when I finally got a quick break to record this!" she captioned a video of herself at the desert locale. "Thank you guys for coming along this ride with me ���� #sorryaboutthatwind !"

While the Oscar winner plays a golden goddess for Dior, these days she's sporting a much fuller figure, gaining 35 pounds for her new role as a mother of three in Tully.

RELATED: Charlize Theron: It's Hard to Get Roles When You're a 'Gorgeous, F**king, Gown-Wearing Eight-Foot Model'