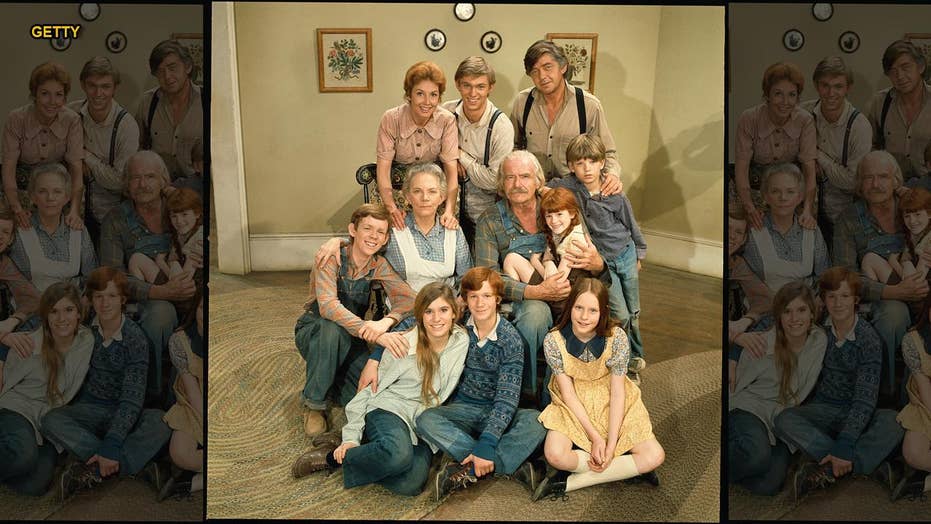 'Waltons' star Judy Norton’s life forever changed when she joined the cast of the hit series. Since going off air, the actress says she endured many challenges and still feels regret over her controversial nude Playboy spread.

Judy Norton’s life forever changed in 1971 when she chose to appear in a new series that explored the life and trials of a ‘30s Virginia mountain family.

That show was “The Waltons” and Norton starred as headstrong tomboy Mary Ellen.

However, the drama wasn’t instantly recognized as the iconic classic it is today. In fact, the show was on the dreaded “death block” and at risk of being canceled.

“It was really the producers who went out and created a grassroots campaign, like taking out ads and doing interviews in the heartland, in Middle America, where we really found our audience,” Norton told Fox News.

While "The Waltons" premiered poorly, it was quickly embraced by audiences for its family values.

“It took the whole season to find our audience and get them onboard,” said the 60-year-old. “People then loved it and stayed loyal for nine years. In today’s world, a show might get maybe 3-6 episodes to test it.

"And it’s even harder now because there’s so much competition today. A show could be gone before you even knew it existed. So we were in a very fortunate time in television where we were given that opportunity to stick around long enough for an audience to find us.”

“I did relate to aspects of my character,” she explained. “I was very much into sports, and I loved the rebellious, non-conforming characteristics of Mary Ellen… And we were telling these universal stories that although it was set in the ‘30s and ‘40s, the stories were about… bringing out the best in people.

"I was really proud, and we all were, to be representing something for families… It’s really an honor when you’re creating a fictional show that changes people’s lives. That’s what I love about this industry. There’s always potential to do that to influence people’s lives. I always felt a sense of responsibility to try to make that a positive experience.”

“The Waltons” ran from 1971 until 1981. It still lives on in reruns and it continues to inspired longtime fans of the show. Norton insisted she always felt a sense of responsibility in being recognized as Mary Ellen.

“I always wanted to try harder because I knew people were looking up to me,” she said. “And that meant something to me. I’m still always learning how to grow and improve myself because I want to be the best possible role model.”

However, life on the mountain had plenty of bumps on the road. Norton admitted that while “The Waltons” allowed Mary Ellen to age in the show, it wasn’t always easy depicting someone you could easily identify with as a child actor.

Judy Norton said she was grateful that her character was allow to age in "The Waltons."

“I was able to navigate those really awkward years while I was working on the series,” she said. “At times it was difficult as an actor because as I was going through those angst-ridden years, they were also being reflected in the story that was being told… So at times I felt, ‘Oh goodness, my life is on display and this is really making me feel self-conscious.’ All those things made it a wonderful show, but sometimes it was uncomfortable to go portray that.”

And once “The Waltons” was over, she did endure one challenge many former child stars are often faced with in Hollywood.

“That’s why I was grateful to go back into theater because… you’re typecast,” said Norton. “It’s just an unfortunate fact of this business. So I went back to my roots, which was theater, where I got a lot of roles that were different than what I might be playing on television.

"So, once I figured out that I shouldn’t be worried about the doors that were closed, I looked for the doors that would open. It made my path easier and I was always looking to find ways to reinvent myself.”

Norton shocked fans when she chose to strip down and shed her good girl image for a 1985 Playboy spread. It's a decision she came to regret.

“I was getting a lot of advice from people who were representing me at the time,” Norton recalled. “They felt it would be a good, positive career move. I wouldn’t say that was the case and it’s one of those things that if I knew then what I know now, I wouldn’t have made the choice.

"I learned a lot of lessons from it, in terms of trusting my own instincts and decisions more than other people’s, even though it seemed like they knew more than me. Ultimately, I’m the one that had to live with a difficult decision to make at the time. It is what it is. You can only go forward.”

But life is different these days for Norton. She recently wrote, produced and starred in a new psychological thriller titled “Inclusion Criteria.” It’s a new chapter she happily dived into.

“My character Tara is a painter, a longer, an introvert,” said Norton. “And then she starts experiencing concerning and disturbing phenomenon in her world… And she doesn’t know if she’s literally going crazy because her mother has, or if someone is stalking or manipulating her for some unknown, sinister reason… There was a lot of acting and emotional demands to it. And she’s also different from other characters I typically played. But I wanted that challenge to stretch myself outside of my comfort zone.”

Norton said that getting older has only inspired her more to work both in front and behind the camera.

“I guess at my core, I’m an artist,” said Norton. “And so the opportunity to utilize my imagination, create things and share stories is what makes me happy and fulfills me… It wasn’t until many years after ‘The Waltons’ when I had gone back to theater that I had the opportunity to take on a role within a theater company as a writer and director. I found to my surprise that I really enjoyed it as well.

"And as you get older as a woman, there are fewer roles. So it can be a bit challenging to stay satisfied as an actor. As a writer, [my] age, sex, how I looked – it didn’t matter…. It was a great training route to hone my storytelling skills.”

Norton revealed she has received praise for “Inclusion Criteria” not only from curious viewers, but from her “Waltons” cast mates.

“They are my family,” said Norton. “I love them. We’re super close. It was a very special bond that we still share, even though it’s been 40 years since the show went off the air… But we just thought it was normal to love each other this much. And that was really the best part of all those years. The people that I got to work with.”