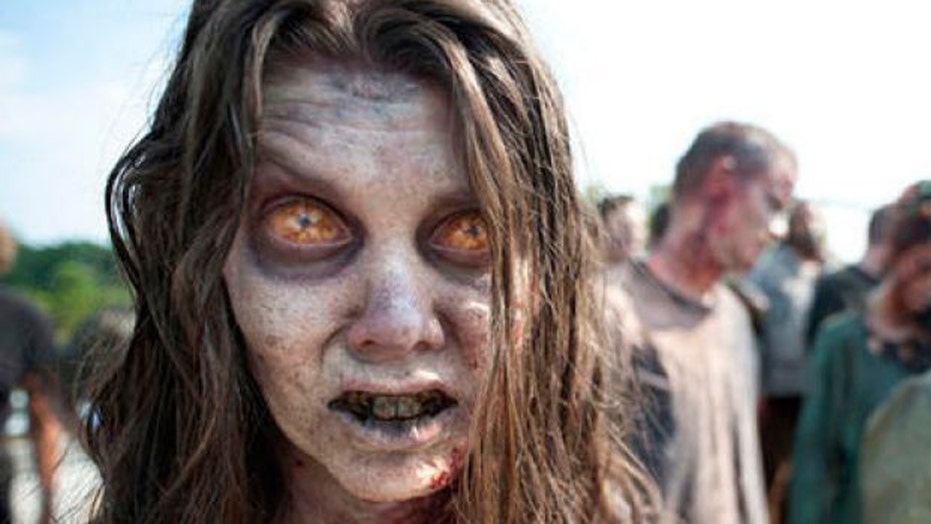 Hollywood Nation: A permanent attraction based on AMC's hit horror series is in the works; singer/model Ciara is engaged

Season 7 of "The Walking Dead" blew the end of October open with the second-biggest audience that has ever tuned into the show for a Sunday night airing. Yet, less than a month later, the zombie drama just brought in its lowest ratings since its third season. This is all a little more serious than something that can be simply dismissed as an unfortunate fluke, as the show faces the most noteworthy ratings drop of its entire cable run.

More: Why 'Star Wars' has waited to hire a female director

Let's start with the episode itself. After the final numbers were in, Sunday night's "Go Getters" had right around 11 million total viewers on the night, according to TV by the Numbers, which is the smallest same-night audience that "The Walking Dead" has seen since Season 3's penultimate installment "This Sorrowful Life." But back then, "This Sorrowful Life" brought in 10.99 million viewers, which put the episode right in the middle of the ranks for that season, and easily beat everything in Season 2. The show was still building its core audience, and those were really good numbers for the most part.

More: How the Rock feels about the way he went off on his 'Fast & Furious' co-stars

Here in Season 7, however, they're awful. The premiere, which answered the highly discussed Season 6 cliffhanger, was seen by 17.03 million viewers, so that means a little over 6 million people fell out of regular viewing by the time "Go Getters" hit. At no point during "The Walking Dead's" run so far has there been a ratings disparity of that size within a single season. It's perhaps a sign that audiences aren't as happy with Jeffrey Dean Morgan's Negan as readers were with the comic series' villain, or that they're growing weary of how the growing number of supporting characters is limiting the time spent with the leads.

More: Will 'Rogue One' be impacted by its writers' anti-Trump tweets?

As well, "The Walking Dead's" ratings drop this season has been dependable on a week-to-week basis, with the numbers first taking a 4.5 million-viewer dip from the premiere to the second episode, and then going down in smaller increments since. Once again, this is a big first for the drama, and not the kind that AMC wants to talk about. At no other point during "The Walking Dead's" run has it faced a downfall in viewers for four consecutive episodes, and we're still not sure if this is going to be the end of it, since there are still three more episodes left before winter break.