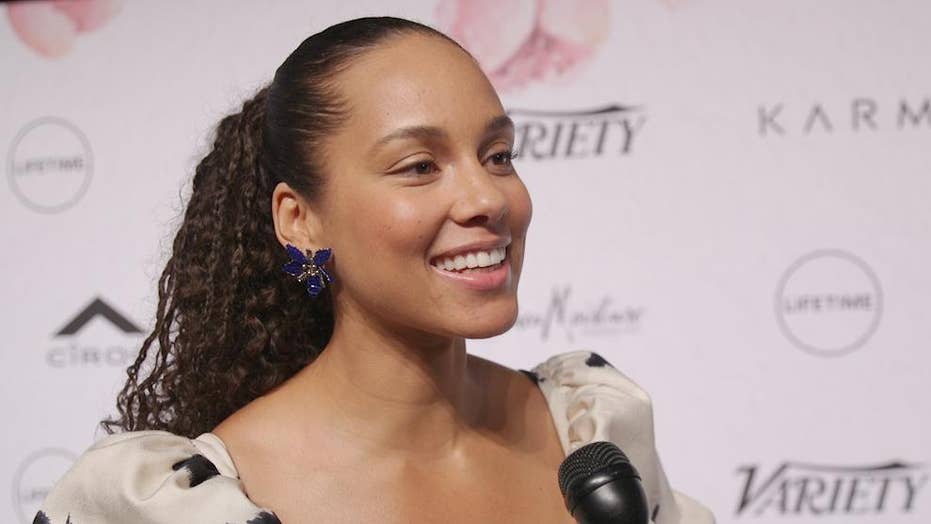 Singer Alicia Keys talks to Fox News about the impact of the #MeToo movement on the entertainment industry and her thoughts on her ‘Voice’ co-star Kelly Clarkson.

“She’s so funny,” Keys told Fox News at the fifth annual Variety Women of Power luncheon in New York City on Friday. “She’s like one of the funniest people I’ve ever met. She might be a comedian in another life – I’m like 'What? Who are you?'”

The singer continued to gush about her dynamic with her new co-star on set and said, “We have so much fun.”

Keys joined the hit NBC talent-search series in 2016 as a first-time judge alongside Miley Cyrus for the show’s 11th season. On season 12 of the show, her second time as a judge, Team Alicia won the competition with fan-favorite singer Chris Blue. Now back for her third run as a judge, the singer told Entertainment Tonight back in February that she was ready for her “second consecutive win.”

“It's all about passion. I think it's all about touching people," she told ET of her season winning strategy. "I think that's why everybody loves this show, it's about real, bona fide artists and talent out here showing you what they have, and you're like, 'I'm invested. I want you.'"

While at the Power of Women event, Keys also took the time to share her opinion on the #MeToo movement.

“I think, we as women, we are culture changers,” Keys told us. “I think the more we share our stories, and the more our stories are heard, then the less isolated we feel. And I think one of the biggest things that has happened, especially with the Me Too movement -- and all the movements that have come around and just really empowering women, making sure that we say who we are -- is that we get a chance to be together.”

The “Voice” coach, who was honored at the Power of Women event for her work as the co-founder Keep a Child Alive, a nonprofit organization that aims to fight the social stigma of HIV, added: “We’re so good at being strong that we often times maybe haven’t been encouraged to really speak our truths. Now we are being encouraged to speak our truths and that is a huge breakthrough and it’s changing everything.”