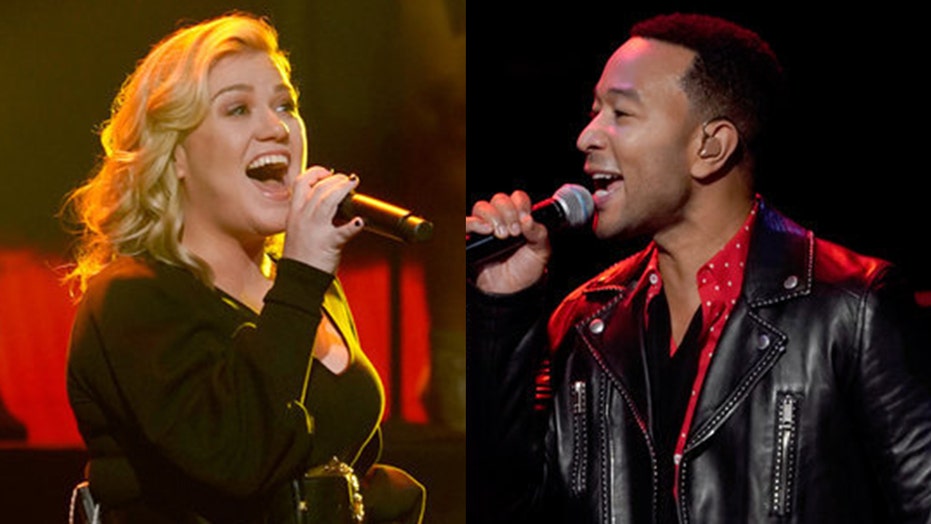 Kelly Clarkson and John Legend performed their updated rendition of the holiday classic “Baby It’s Cold Outside” on the most recent episode of “The Voice,” sparking controversy among viewers.

The two "Voice" coaches collaborated to create a modernized version of the Christmas classic — full of reworked lines in light of the original’s increasingly controversial lyrics. While the singers meant it to be a lighthearted holiday update, the recording received immense pushback from fans of the original version who feel they’re bowing to political correctness.

Shortly after the clip of their Tuesday night performance went live on Twitter, users were quick to voice their displeasure.

"Wish it was the classic version and not this funny parody," one user commented.

"Had to change and ruin a classic bc of the #metoo movement. 🙄 ugh!" another disgruntled user noted.

"I watch the voice for entertainment not to hear someone's political view. I will miss Blake but will not watch any more," a third person commented.

"No. This was absolutely ridiculous. Not only was a bad but a Classic was completely butchered to save feelings.  There is absolutely nothing wrong with the original and those offended by it can kindly jump off the nearest cliff," another user commented.

"You two are amazing. So talented! I would totally watch your Christmas Special. Thank you for rehabilitating this treasure of a song. I've always loved the melody but the message in the lyrics was so wrong. Thank you," one user commented.

"If this song is offensive so are about a million others. Sometimes it’s just music," a more blunt viewer commented.

"Classic version? This is nothing but Class! Beautifully done. If anyone that this seems to bother. They best step back and see this performance. Than think of some other issue to worry about. Really," someone else commented.

"Finally relevant lyrics for 2019! Excellent job and your voices together is magical," another user noted.